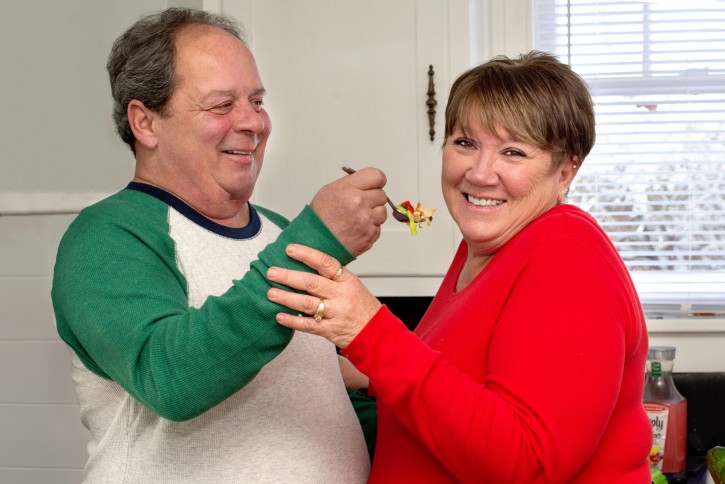 Kim Coakley never thought she would one day be living with diabetes. She ate well, kept active and always had good test results during her yearly physicals. Most importantly, there was no history of the disease in her family.

But in the winter of 2012, Kim started to notice some changes in her health. She was constantly thirsty and would often feel run-down and tired. On the night before she was rushed to Fairfield Medical Center’s Emergency Department, she started experiencing problems with her eyes.

“I was grocery shopping and my vision seemed off – all I could see were the colors green and red,” said Kim, who lives in Millersport. “My husband and I got in the car to drive home and whenever another car would drive toward us, the headlights would look like fireworks. I know now what I didn’t know at the time – those bright colors were the result of my eyes swelling.”

Within hours, Kim’s vision was still off and she was vomiting and having trouble breathing. When she arrived at FMC, she was shocked to discover that her blood sugar level was at 1,008. A normal blood sugar level is under 100, and between 130 and 180 is considered pre-diabetic.

“It was bad,” Kim said. “They called my family in and my mother came up from Florida because they didn’t think I was going to make it.”

During her week-long hospitalization, Kim was diagnosed with stress-onset diabetes. She temporarily lost her vision, experienced extreme swelling in her legs and suddenly found herself taking 6-8 insulin shots a day just to keep her blood sugar in check.

“I learned that stress can take my sugar way up,” Kim said. “I was never pre-diabetic – I just went full-blown.”

“I feel it is important for people with diabetes to have a group of friends who understand what they are facing daily,” Van Horn said. ”During our meetings, we learn from each other and have a great time, as well. We discuss topics of importance and we always have a new recipe or product to taste-test. We share our recipes, too. The Diabetes Support Group gives people with diabetes a place to belong, to learn from each other and to know they are not alone.”

Kim said the support group was essential in helping her adapt to a disease that turned her world upside down overnight. Kim said she and her husband, Marc Coakley, who attends every meeting with her, enjoy listening to the guest speakers and talking to others in the group about their experiences.

“We talk about how diabetes affects everything we do – traveling on a plane, going to the movies, counting carbs, caring for our hair and skin,” Kim said. “There are about 12 of us and we’ve become like family.”

Kim said it has taken time to adapt to a completely different lifestyle. Thanks to the encouragement of her friend, Debbie Haffner, she began walking every day shortly after she was discharged from the hospital. For a full year after her diagnosis, she wrote down everything she ate and tracked how it affected her sugar levels. Through that process, she discovered she could no longer eat certain foods, such as wheat and spaghetti.

“I’ve learned how to revamp all of my favorite foods and how to control my portions,” Kim said. “My whole family has adjusted to my diet. The same things I eat, my family eats. You learn to cook whatever you’re eating for your family.”

Kim said she’s also learned that life with diabetes doesn’t have to be a struggle – as long as you accept and respect the disease.

“This disease is manageable, but you have to want it and work at it so you can have a normal life,” she said.