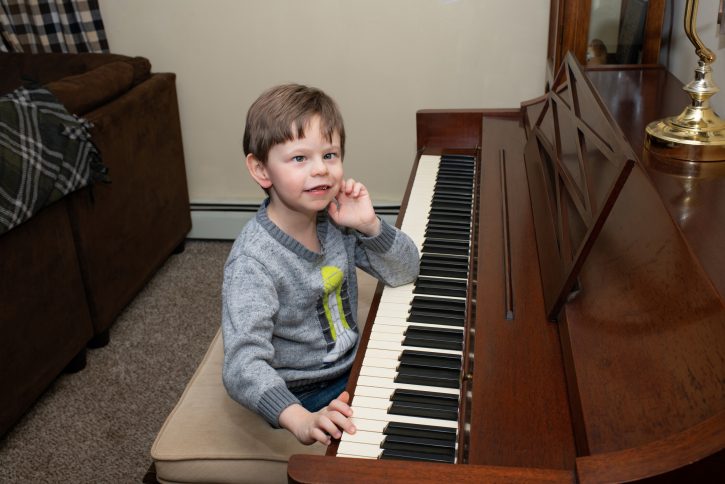 Josh Claybourn’s mother, Ashley Claybourn, always knew her little boy was unique. As a baby, he had a low birth weight and deficient calcium levels. Then at just eight months old, Josh was diagnosed with Williams syndrome. Individuals with this rare genetic condition tend to be extremely outgoing with a deep love of music and strong verbal communication skills.

Aware that Williams syndrome could cause developmental delays, and recognizing that Josh’s speech needed to be evaluated, his family sought assistance from local therapists. “We started working with several therapists and still did not see a change in his speech like we had hoped,” Ashley said. The family’s frustration progressed to the point where they all agreed to learn sign language, feeling that it was the only hope for communication with Josh. 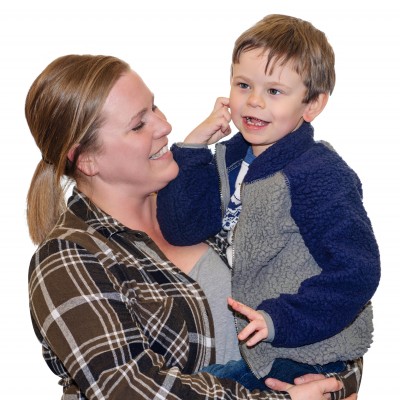 During a routine checkup at Nationwide Children’s Hospital for his Williams syndrome, Josh’s parents mentioned their concerns about Josh’s communication and fine motor skills. “The doctor told us that it was common for people who have Williams syndrome to have accelerated speech and language abilities, and it was abnormal that Josh didn’t have that,” Ashley said. “We had some additional testing done through a psychologist, and he confirmed that Josh is autistic, which was why his speech development was delayed and why he couldn’t express his needs or sing. We had so many new resources available to us because of his additional diagnosis.”

Nationwide Children’s Hospital referred Josh to the speech and occupational therapy teams at Fairfield Medical Center Outpatient Therapy Services to begin a new approach in dealing with his speech challenges.

Thanks to a better understanding of his condition, Josh started working with the speech therapists for his delayed communication skills and with occupational therapists to improve his fine motor skills and sensory processing delays. “At his first session, I was very skeptical because I felt hopeless – like Josh would never speak,” Ashley
said. “After a few sessions, I was really surprised because I felt like the therapists were making really good progress.”

Every week, Josh would learn something new and continue to practice at home what he had learned during his therapy sessions. His family was finally noticing a difference in his communication skills, and frustration levels were not as high in the Claybourn household.

“We were in the waiting room, ready for one of his weekly therapy sessions to start, and he said, ‘I’m so happy.’ I was shocked when I heard him say that because he had never been able to express himself like that before,” Ashley stated about the moment when she knew the sessions were working for her son. “I asked him to repeat what he said, and he said it again: ‘I’m so happy!’ I realized that he likes coming here – he likes learning how to use his words and how to say words, and it makes him happy. This is his happy place.”

In addition to the strides Josh was making in his speech therapy, his family also noticed improvements in his fine motor skills. Much of that progress is due to occupational therapist Christina Shaw-Bosch, MOT, OTR/L, and her dedication to encouraging Josh to try new exercises. “Josh is very motivated by positive reinforcement,” Christina said. “He will try new things if we make it fun and make a game out of it. He can get easily discouraged, but is able to be redirected
if you can get him smiling and laughing.”

Josh’s family and therapists worked as a team to help him find his voice and meet his therapy goals. His mother was involved with all aspects of his care, and the therapists worked with her every week to go over his achievements and challenges. “Josh is delightful and inquisitive,” stated speech therapist Courtney Howard, MA, CCC-SLP, MBA. “His family has played a pivotal role in the success of his treatment.”

Over the past four years, his therapists have developed customized care for Josh. “Josh is his own little person and unique in every way,” said his mom. “The therapy team knows what he likes, they know his triggers, they know what sets him off and how to prevent his meltdowns. They are very personalized with his care.”

The team continues to motivate and push Josh to achieve new goals in his weekly sessions. “Every child is different, and it is no different for kids on the spectrum,” Ashley said. “You don’t know what your child is capable of until you try, and his therapy team has helped motivate him to try, and for that, we are grateful.”