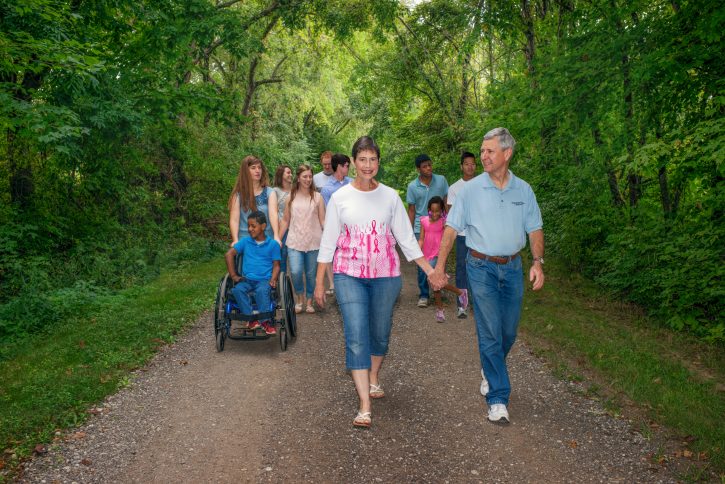 Christine Arni, 53, of Lancaster, has dedicated her life to serving others. Every year, she and members of her family travel to Honduras on a mission trip through their church to provide support and education to people in need.

But when Christine discovered that she had breast cancer just months before one of her regularly scheduled trips, she was faced with the possibility of having to cancel her travel plans. Determined to make a full recovery – and still visit Honduras as scheduled – Christine put her trust in the cancer care program at Fairfield Medical Center.

“I have eight children, and I had a lot of living left to do,” Christine said of her initial emotions about the life-changing diagnosis. 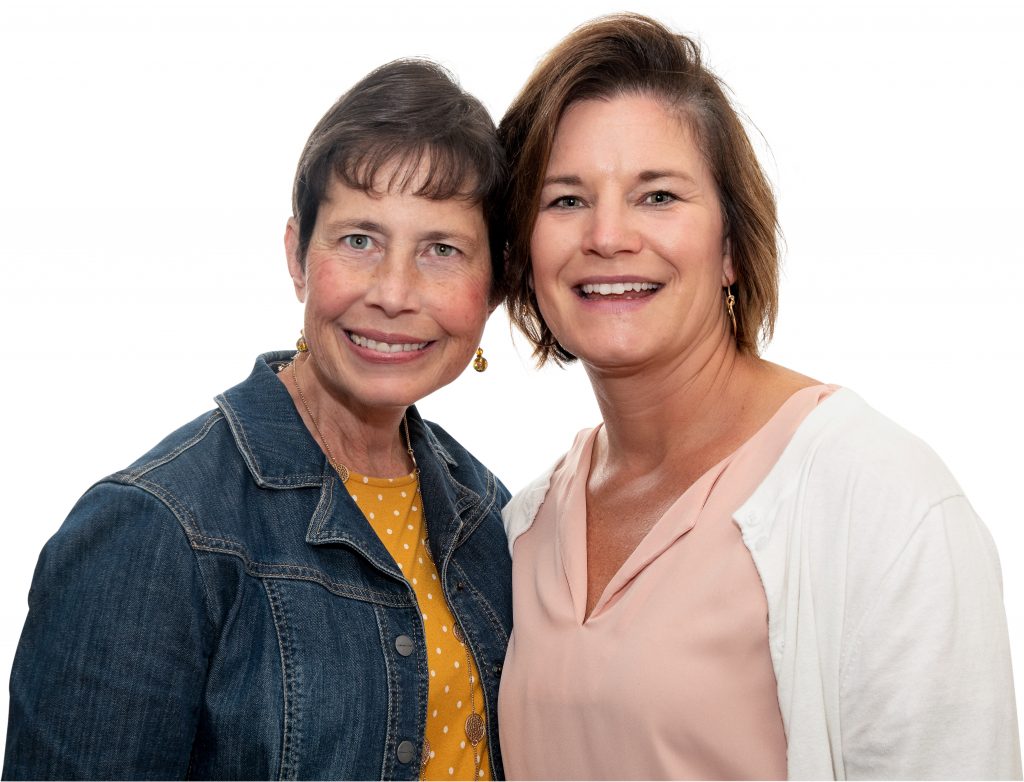 With her family in mind, Christine gathered all of her courage to tackle her cancer diagnosis by creating a plan with her oncology care team, which included Fairfield Healthcare Professionals Oncologist Kanwaljit Singh, M.D., and FMC Oncology Nurse Navigator Shelly Romine. Christine quickly formed a bond with her caregivers, especially Shelly, whose role is to offer individualized assistance to cancer patients through the entirety of their cancer treatment.

“I remember thinking, ‘Wow, that sounds wonderful – there’s someone who will walk with me through the process and help guide the journey through these uncharted waters’, ” Christine said of Shelly. Christine began intensive rounds of chemotherapy in March with the goal of keeping her planned mission trip on track and transitioning into radiation therapy upon her return from Honduras. But during her chemotherapy, Christine encountered an unexpected hurdle that almost prevented her from boarding her plane: Dr. Singh and Shelly delivered the news that Christine was not a candidate for radiation.

Christine was taken aback by the unanticipated news. Her only option for treatment was now a double mastectomy. “Having a cancer diagnosis in and of itself is enough to shock someone,” Christine said. “Now such a large part of my femininity was going to be taken away from me.”

Despite her fears, Christine was comforted by Shelly’s promise: she would never be alone in her journey. With her treatment plan revised, the team moved forward.

After explaining the change of plans to plastic surgeon Jason Lichten, M.D., of Central Ohio Plastic Surgery, he and Christine determined that an expander implant-based reconstruction would be Christine’s best option. In this type of reconstruction, tissue expanders prepare a space for the long-term breast implant.

Supported by the compassion and care of her team at FMC, Christine felt healthy and confident enough to keep her travel plans. A few weeks prior to her double mastectomy surgery, she boarded her plane for her yearly mission trip. That trip was an especially memorable one for Christine, making a difference in the lives of others while celebrating her 30th wedding anniversary with her husband.

Upon her return from Honduras, Dr. Johnson performed her double mastectomy, and Dr. Lichten placed the tissue expanders during the same operation. Just a few months later, one of the final steps of Christine’s cancer treatment was completed when Dr. Lichten successfully placed Christine’s long-term implants.

Christine says that the team approach at Fairfield Medical Center had a big impact on her treatment process. “It’s very clear that the whole cancer care team, the whole oncology department, works closely with each other to make certain the experience is the least stressful that it can be for the patient and their family,” Christine said.

Christine recently celebrated being one year cancer-free and, this summer, she traveled to Honduras with her family to continue her mission of serving others. Before she left, she once again received support from Shelly, who supplied her with cancer prevention materials in Spanish to educate women in the rural area Christine serves.

“Shelly has continued to be a partner – even here a year out from treatment,” Christine said.