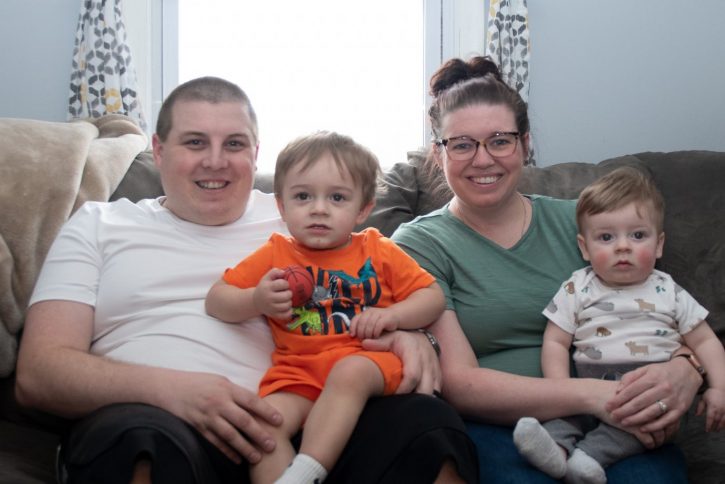 When Katie and Kyle Vanatta’s two-year-old son, Levi, began showing symptoms of a respiratory infection in October, they suspected it was yet another common cold. With the past year full of ear infections and various bugs, they were prepared to deal with a few days of fussiness. They quickly realized, however, that this bout of illness was something different. 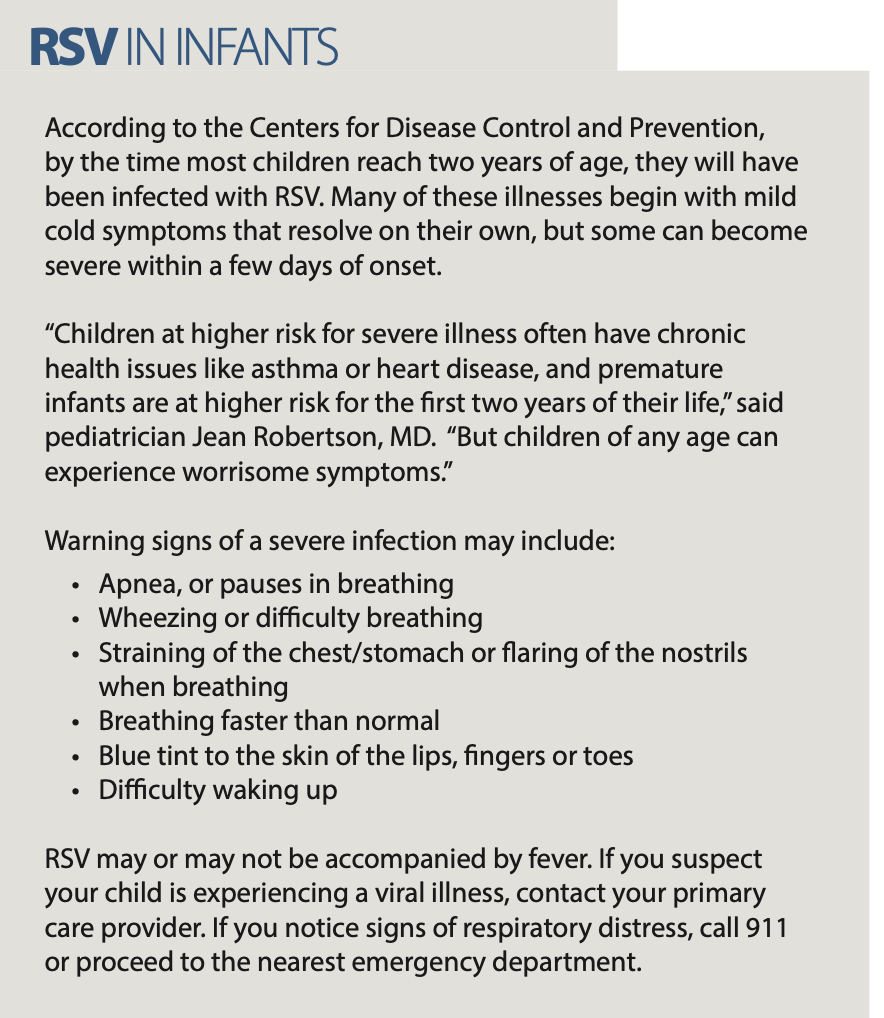 On a Friday night, the concerned parents decided to take Levi to Fairfield Medical Center’s River Valley Campus for an evaluation, where he tested positive for RSV (respiratory syncytial virus) – a common, yet potentially serious, viral infection that impacts the lungs and respiratory tract. RSV can be especially dangerous for young children, but at the time of his first visit, it was determined that Levi’s lungs were healthy. His treatment plan included rest, extra snuggles and supportive at-home care, an approach used to manage most viral illnesses. The family returned to its Lancaster home to weather the storm through the weekend with instructions to monitor Levi closely and follow up with their pediatrician on Monday.

“Levi didn’t feel well on Saturday, but he wasn’t noticeably worse,” Katie said of her son. “On Sunday, he seemed a little lethargic. He usually hits the ground running, so that was our first sign that he wasn’t bouncing back like we’d hoped, but there weren’t any major red flags.”

When Monday rolled around, Katie and Kyle returned to work while Katie’s grandmother stepped in to care for Levi and his four-month-old brother, Landon. Unfortunately, Levi began to decline. His breathing became fast and shallow, and his great-grandmother contacted Katie right away.

“When I heard there had been an obvious change in Levi’s breathing, I called our pediatrician as soon as I could,” Katie said. The office shared her concern, and they instructed Katie to take Levi to the Emergency Department, where he could get the level of care he needed.

Aware of Fairfield Medical Center’s partnership with Nationwide Children’s Hospital, a collaboration that ensures pediatric hospitalists are available to care for children from the nursery to the Emergency Department, Katie and Kyle chose to bring Levi to FMC’s Main Campus. After several tests and an additional set of X-rays, he was admitted for observation under the care of Jean Robertson, MD, a pediatric hospitalist from Nationwide Children’s.

“RSV or bronchiolitis can be a scary experience for parents, especially since most children experience this illness between the ages of birth to two years,” Dr. Robertson shared. “I tell parents to call their provider whenever anything does not feel right, and that’s exactly what Katie and Kyle did.”

There had been changes in Levi’s chest X-rays when compared to those taken just a few days before. His case of RSV had progressed to pneumonia, and he would need additional care to help him recover. When Katie learned a transfer to Nationwide Children’s was in Levi’s best interest in case he needed to be placed on a ventilator, she began to feel overwhelmed. Despite her worry, she was confident in her son’s caregivers and felt comforted by Dr. Robertson’s calm and reassuring presence.

“During encounters with patients and families, I envision myself in their position and ask myself what they may be thinking or feeling, and then the words flow easily,” Dr. Robertson said. “I make sure to include them as active participants in their child’s care, and I’m honored that Katie and Kyle expressed such trust in our team.”

FMC’s respiratory therapists visited Levi while the transfer was discussed, using the time to assess the young patient’s lung health and administer breathing treatments. When they learned Nationwide Children’s didn’t have any available beds, the team pulled together to create an alternative plan for Levi.

“Dr. Robertson told us she would stay through the night to watch Levi until a bed opened up in Columbus,” Katie said. “Everyone pulled together to check on us, to coordinate his care and make sure he was going to be OK. It was phenomenal. As anxious parents, that level of support made a big difference for us.”

Fortunately, the team soon received word that a helicopter would be dispatched to transfer Levi to Nationwide Children’s, where he would stay for four nights, including three in the pediatric intensive care unit.

“I believe Dr. Robertson saved my son’s life. We didn’t realize how close Levi was to being placed on a ventilator, and it was her confidence and honesty that helped us stay calm and focused during a really scary time,” Katie said.

“To be able to receive that initial care at Fairfield Medical Center and lean on them to help us navigate the next steps was very comforting. We had a great experience, and it gives me peace of mind to know we have such great care available close to home.”