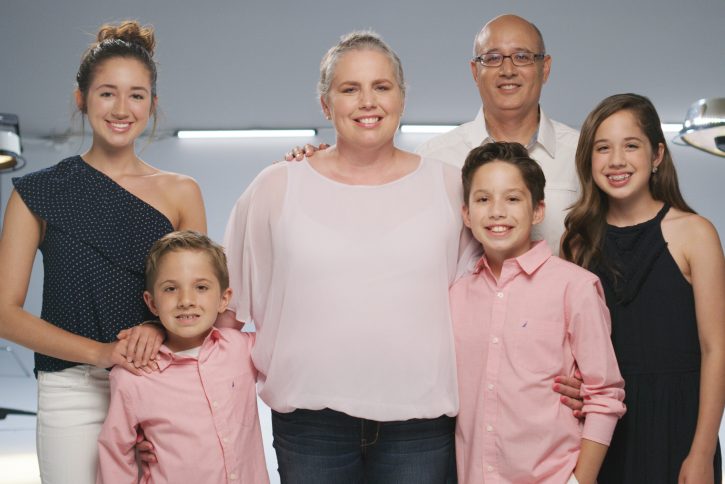 Ever since she was diagnosed with breast cancer, Renee Reindle has relied heavily on the strength of others, as well as her own inner willpower and faith, to get through the most difficult days. Each of her four children have helped her weather the storm in their own way: her oldest, Emi, 15, is the strong one; Sophia, 13, provides the much-needed humor; sons Christian, 9, and Colin, 7, are the protective ones who are always keeping a watchful eye on Mom.
And then, there is the cancer care staff at Fairfield Medical Center whom Renee, 42, says have made a tremendous impact on her recovery. 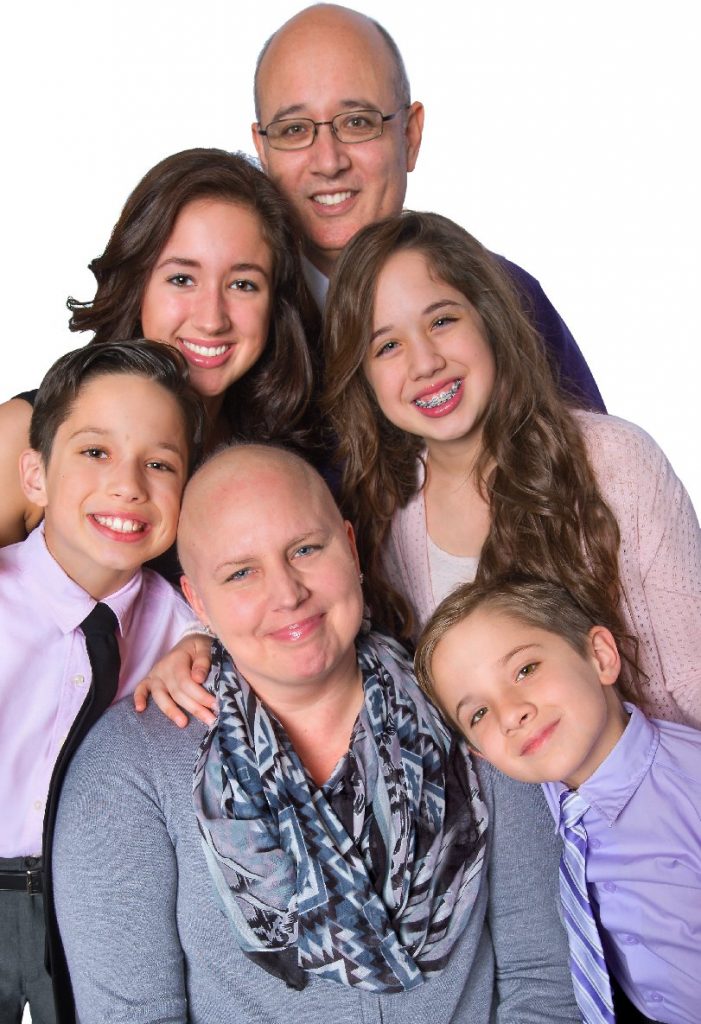 “There have been many situations where the right person just happened to be there at the right time,” she said of FMC. “I have no doubt I made the best decision by staying here for my care.”

Breast cancer was not the diagnosis Renee originally received when she went to the doctor several months ago with breast pain and a constant feeling of exhaustion. Her blood test results came back showing she had reactivated mono, a diagnosis that Renee questioned.

“I was confused because I had never had mono before, so how could it be reactivated?” she said.

Several days later, Renee felt a lump in her breast. Her husband, Chris Reindle, urged her to go back to the doctor and get a mammogram.

“When they pulled the mammogram picture up for me, you could clearly see a huge mass,” Renee said.

An ultrasound was ordered for later that day. As Renee awaited her results, she had a feeling she was about to get bad news. When her radiologist, ultrasound tech and FMC oncology nurse navigator Shelly Romine came into the room, she was certain of it.

“They told me I had breast cancer,” Renee said. “I was scared. I was upset. I was agitated because no one else in my family was there with me.”

As Renee processed the news in stunned silence, Romine quietly slipped away to retrieve Renee’s clothes and coffee. When she returned, Renee was startled to see that Romine had warmed up her coffee for her.

“That act of compassion meant so much to me in that moment,” Renee recalled. “That weekend was the worst ever, but Shelly was the key.”

Renee said she initially struggled with where she should go for her cancer care, as several family members and friends were urging her to go to Columbus. But she kept revisiting the touching interaction she had shared with Romine on the day she received her diagnosis. She liked the idea of receiving personalized care at a hospital where she was a name – not a number.

“Renee and I went into a meeting with (FMC surgeon) Dr. Jeffrey Yenchar with the attitude of, why should we stay here, why not go to Columbus and see a breast cancer specialist?” Chris said. “He said he’d support us regardless of which way we went. (FMC oncologist) Dr. Kanwaljit Singh was the same way. There was no sales pitch – their confidence just shone through. They knew they had their side handled; it was all about what we wanted to do.”

The Reindles decided to stay local. Since that day, they have not regretted their decision. Renee said she has had so many positive interactions with staff, and has been touched over and over again by their kindness and compassion.

“On the day that I had my double mastectomy, everything was happening so fast and I get very emotional when I’m not in control of things,” Renee said. “I told the pre-op nurses, Stacy Smith and Dawn Stump, ‘I’m sorry, this is all just happening so fast.’ They sat on either side of me and said, ‘we’ll take as long or as short as you need us to take’.”

“It’s just another example of the right people being in the right place at the right time,” Renee said.

Romine, who has developed a close friendship with the whole Reindle family, said she has been impressed with the support that Renee has received from her loved ones.

“From the first day I met Chris, he has brought logical, factual thinking to a situation of many unknowns,” Romine said. “The day of Renee’s surgery, all four of her children were there with her step by step. Most children may not be able to handle such an emotional experience, but hers are the most eloquently spoken and thinking children I have ever met.”

Renee said she feels blessed to be surrounded by so much strength and love during a difficult time in her life. She’s also grateful that FMC provides the option for her to receive her cancer care in a place where she can be close to the ones who matter most – her family.

“This can be a minute-by-minute, hour-by-hour, day-by-day struggle,” Renee said. “But there is strength in numbers; you can do anything if you have others by your side.”

To learn more about Cancer Care at FMC, click here. 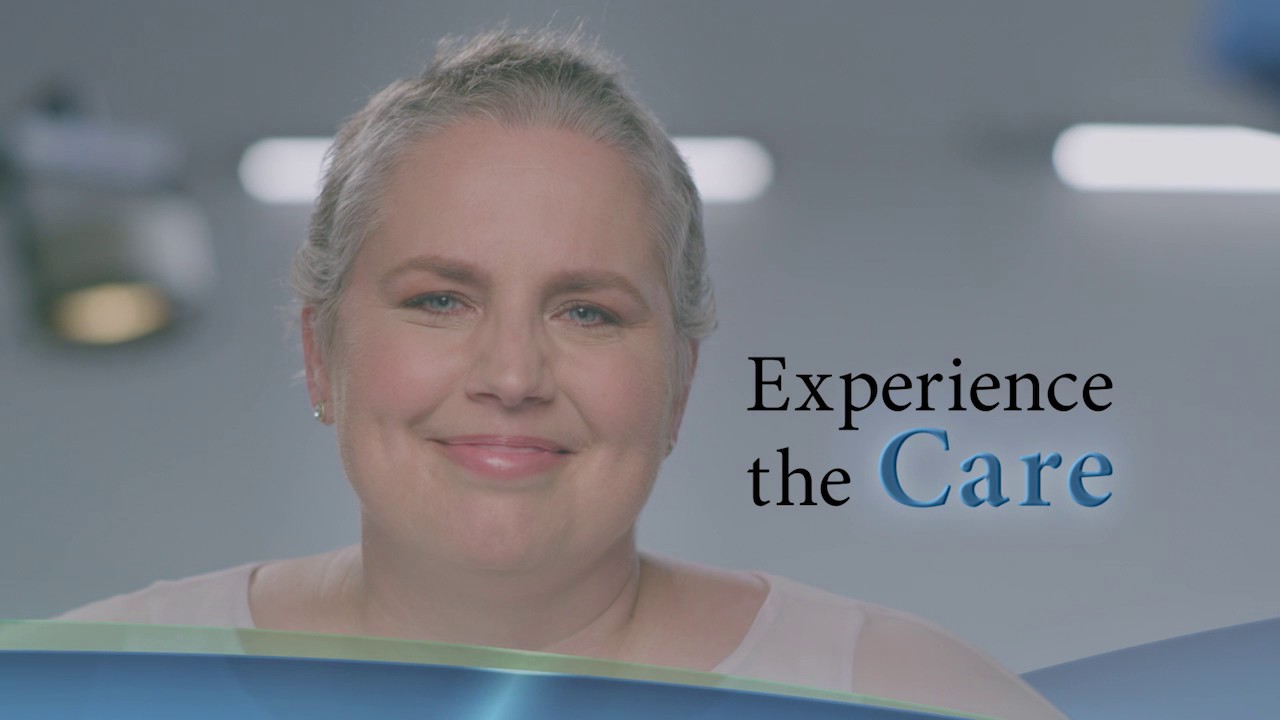 “I go to Fairfield Medical Center because I don't want to feel like a number.”