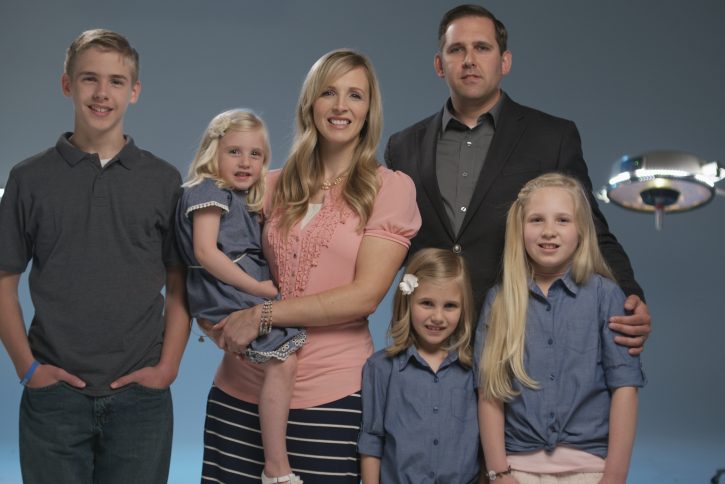 Like every parent, Nicole and Eric Costantino of Lancaster have an intuition when it comes to their four children.

They know when their kids are frustrated, nervous or sick, even though on the outside, everything appears to be just fine.

It was that parental intuition that made Nicole Costantino stop in her tracks on the evening of April 15 after she heard the sound of her 2-year-old daughter, Summerly, crying in her bedroom. While crying at bedtime is not uncommon for Summerly, on this particular evening, Nicole had a feeling that something was off.

“She had not been herself that day – we thought maybe she was coming down with something,” Nicole recalled. “We had given her some ibuprofen and put her to bed. I had my coat on and was walking out the door when Summerly started crying. Something about her cry made me think, ‘don’t leave yet’.”

As Nicole approached Summerly’s bedroom, she heard her daughter coughing and complaining that her eye was bothering her. In the darkness of the bedroom, Nicole didn’t notice anything unusual. But when she took her daughter out into the light of the hallway, she was stunned by what she saw.

“Her eyes were so swollen, they looked like golf balls,” she said.

The sight triggered a sense of urgency in Eric, who knew immediately that his daughter was suffering from a severe allergic reaction. The Costantinos were babysitting several other children that evening, so the couple quickly decided that Nicole would take Summerly to Fairfield Medical Center’s Emergency Department while Eric stayed behind until another babysitter could come over to the house.

“I told Nicole, ‘put on your flashers and don’t stop for anyone’,” Eric said. “That was the most difficult thing, to have to stay behind, not knowing what was wrong or even if she was going to survive. But if anything happened to Summerly, I wanted her mother to be there with her.”

During the drive to FMC, Nicole kept talking to Summerly and reaching back between the seats to shake her daughter’s foot. But despite her efforts to keep Summerly awake, the little girl was unconscious by the time they reached the hospital.

“They took us back right away and immediately five or six people crowded around her and started hooking her up to the I.V.,” Nicole said. “Everyone was so calm. They just did what they had to do to help her survive.”

Working that night was Dr. John Scott, a 14-year veteran of the Emergency Department. Realizing that Summerly was suffering from anaphylaxis, a life-threatening allergic reaction, Dr. Scott stabilized his young patient by ensuring her airway was reopened and she was able to breathe again. 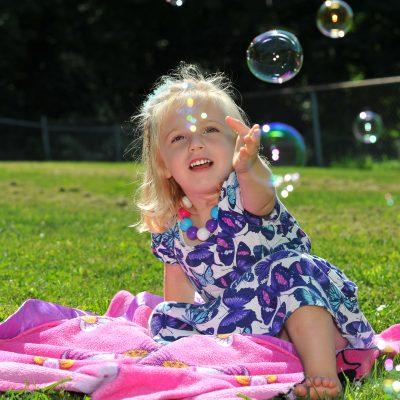 “He had one chance to get it right and it worked,” said Nicole, who anxiously watched the entire scene unfold. “A moment later, she sat up and gasped.”

Once stablized, Summerly was transported to Nationwide Children’s Hospital in Columbus for further testing.

“When critically ill patients come to the Emergency Department, we rely on our experience and training to remain calm and care for the patient,” Dr. Scott said. “I am very fortunate to work with an exceptional team of physicians and nurses that I could rely on to help me care for Summerly.”

“As a result of the increased pediatric patients we are seeing, the hospital recently approved the purchase of some state-of-the-art emergency equipment for pediatric care following Summerly’s visit,” Snider said. “We value the ability to care for all of our pediatric patients with the same level of technology that we use on our adult patients.”

To this day, the Costantinos do not know what caused Summerly’s anaphylaxis, although they suspect it was the ibuprofen they gave her that evening.

What Nicole and Eric do know, however, is had it not been for Dr. Scott and the FMC Emergency Department staff and their quick action in stabilizing their daughter, Summerly would not be alive.

“I know the Lord was in control, and was watching over us and the staff that cared for her that day,” Eric said. “This was truly a miracle, a blessing.”