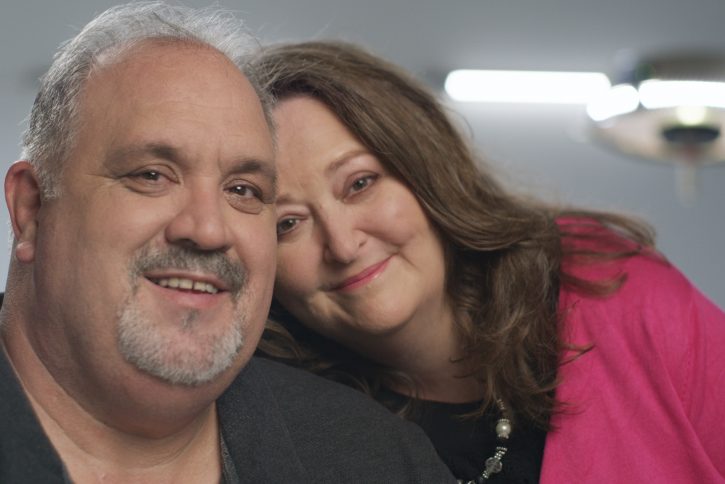 As an registered nurse, Denise Bauer has a sixth sense when it comes to the health and well-being of her loved ones.

So when her husband, Rick Cochran, “didn’t sound quite right” during a phone call one afternoon in late August, Denise, who was an hour away from him at a meeting in Dublin, instantly alerted 911 and rushed home.

It was a decision that saved Rick’s life. By the time emergency crews arrived at the couple’s Buckeye Lake residence, Rick could barely stand as a result of going into septic shock, a life-threatening condition caused by a severe localized or system-wide infection. He was rushed to Fairfield Medical Center, where he was placed into a medically induced coma as 11 different I.V.’s pumped life-saving fluids into his body.

“Had I not made that call … had the staff at FMC not responded quickly … he would not be with us today,” said Denise, who is the CEO of FAIRHOPE Hospice & Palliative Care in Lancaster.

Sepsis occurs when a person’s body has an overwhelming immune response to a bacterial infection. If not treated quickly, it can lead to tissue damage, organ failure and death. While in the hospital, Denise and Rick learned the infection might have originated from a cut Rick sustained on vacation earlier that month.

“He had been previously diagnosed with cellulitis, so I wrapped his leg and everything seemed fine,” Denise said about the injury.

But four days after returning home, Rick was fighting for his life at FMC. Denise remained by his side constantly – until she began to experience health complications of her own.

“I had an upset stomach, was dehydrated and vomiting,” she said. “It turns out I was having a gallbladder attack.”

No longer able to be with her husband around the clock, Denise watched as the staff on the Medical and Surgical Patient Care Units at FMC went the extra mile to care for both her and her husband.

“Since we were in different units, they tried to accommodate us being together,” Denise said. “Every person was friendly and helpful; they were always asking, ‘what can we do for you’? It was heartfelt.”

Rick said he also experienced heartfelt care from the staff who assisted him during his month-long stay at FMC. He recalls one such moment between him and FMC intensivist Jarrod Bruce, M.D.

“He sat down on my bed, patted my arm and squeezed my hand,” Rick recalls. “He was very emotional and choked up about how I had improved. That is the sign of a true doctor.”

Dr. Bruce said Rick and Denise are an amazing example of how perseverance and family support are crucial in the healing process.

“Rick’s positive outcome was a result of great teamwork from our entire staff and Rick’s unbelievable drive to regain his quality of life,” Dr. Bruce said. “Sepsis is a life-threatening illness that can result in death unless you are vigilant. At FMC, we have worked hard on instituting protocols that start in the Emergency Department and extend to the floors that constantly monitor for early signs of sepsis in our patients.”

On Sept. 30, Rick returned home with a temporary trach and a long recovery ahead of him that included extensive physical therapy.

“Being able to get up and move was everything – my muscles were atrophying,” Rick said. “The hardest part was not being able to talk because of the trach. It was a relief when I could finally take it out.”

Rick’s other major accomplishment: Going for a ride in his golf cart.

“That’s the happiest I was because it was the first thing I did to feel more normal,” Rick said.

Denise said she’s always had a positive working experience with FMC due to her position with FairHoPe Hospice & Palliative Care. Having now experienced FMC care firsthand, she is even more appreciative of the hospital.

“FMC was able to anticipate the problem before it got bad,” Denise said. “That’s the sign of a great healthcare facility.”