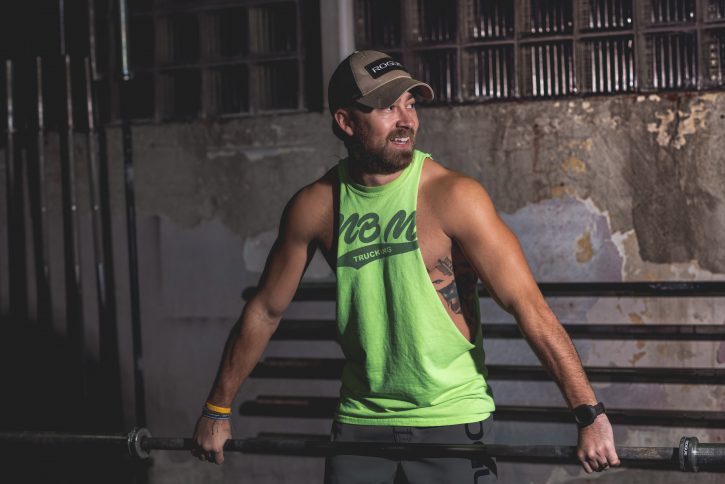 Eating healthy, maintaining a daily CrossFit regimen and getting regular check-ups has always been a priority for Circleville resident Drew Mace, 29. So when X-rays taken at a routine dental appointment in 2018 revealed that Drew had a mouth full of cavities, he wasn’t just surprised – he was downright confused.

“I didn’t know what was going on there because I brush my teeth 3-4 times a day,” said Drew, who also avoids sugary foods and beverages, such as pop. “The dentist agreed that it was a bit odd.”

As it would turn out, the cause of Drew’s dental issues had nothing to do with his brushing habits. For four years, Drew had been living with heartburn, a common condition caused by acid reflux in which some of the stomach contents are forced back up into the esophagus. Unbeknownst to Drew, the reflux he was experiencing on a regular basis was slowly causing erosion to his tooth enamel. Drew’s dentist, Brian Stewart, DDS, of Ely, Dubos and Stewart General Dentistry in Circleville, recommended he make an appointment with the Fairfield Medical Heartburn Center for an evaluation.

“When you are 25, 26, you think you’re invincible; you don’t think about what heartburn can do to you because you just think everybody has it,” Drew said. “It was just something I never really thought about until I started to see how it was affecting my body.”

As one of the leading heartburn centers in Ohio, the Fairfield Medical Heartburn Center provides state-of-the-art diagnosis and comprehensive treatment to patients suffering from symptoms of gastroesophageal reflux disease, or GERD. The Heartburn Center nurse coordinator and a team of multidisciplinary physicians use a collaborative approach to educate, diagnose and treat patients.

Drew’s first step in getting to the root of his acid reflux was a consultation with Heartburn Center nurse coordinator Tonya Mundy, RN. Tonya said it’s not unusual to see young, health-conscious patients like Drew come to her regarding issues with acid reflux. While certain risk factors, such as obesity, pregnancy and smoking, can increase one’s chances of developing acid reflux, anyone – even athletes like Drew – can be affected.

“GERD is very common, and the condition and symptoms affect 20 percent of the U.S. population,” Tonya said. “People of any age can develop GERD.”

During the initial consultation, Drew explained that he had been treating his condition for the past four years with medication that had been prescribed to him by his primary care provider. Tonya explained that while Drew’s medication was treating his symptoms as intended, it wasn’t stopping the regurgitation that was damaging his teeth and possibly causing additional harm to his body.

“The medication was completely masking my heartburn; I would be regurgitating and I didn’t even know it,” Drew said. “But while I wasn’t feeling the burn, the effects were still there.”

Tonya said she often hears patients say that they take medication and don’t have acid reflux anymore. She noted while medication can be effective in relieving patients of their symptoms by controlling the amount of acid, it does not fix the underlying problem, which is caused by a weakening of the muscle between the esophagus and stomach.

“Before a patient commits to daily medication of any kind, they should be evaluated to determine the cause of their symptoms and a proper diagnosis,” she said.

Tonya recommended that Drew undergo testing to confirm the diagnosis of GERD. Fairfield Medical Center offers three diagnostic tests – an esophageal manometry, an upper endoscopy and ambulatory pH monitoring. Patients may be encouraged to get some or all of the tests based upon their medical history and whether they are considering surgery.

Drew’s test results confirmed a GERD diagnosis, as well as a hiatal hernia, a condition in which the upper part of the stomach bulges through an opening in the diaphragm. The diaphragm is the thin muscle that separates the chest from the abdomen. The manometry also revealed that Drew had an esophageal dysmotility, or a weakening of the esophagus.

Tonya advised Drew to meet with Jeffrey Yenchar, MD, medical director of the Heartburn Center, to discuss his treatment options, which included surgery. Fairfield Medical Center offers two surgical options to correct GERD – the Nissen fundoplication and the LINX® Reflux Management System (see box on page 5). Dr. Yenchar explained that Drew would not be a candidate for the LINX® due to weakened pressures in his esophagus, which could potentially impact the effectiveness of the procedure. With this in mind, Drew and his care team proceeded with the Nissen procedure.

Drew said he was initially hesitant about the idea of surgery, but as Dr. Yenchar explained the benefits, he began to warm up to the idea.

“Dr. Yenchar was awesome to work with,” Drew said. “He gave me his honest opinion and I was very comfortable with him. He is actually the reason why I decided to move forward with surgery.”

Drew’s recovery went well, and he began to notice an improvement almost instantly. Within no time at all, he was back to the active lifestyle he enjoys, which includes his exercise and CrossFit regimen. Now two years post-surgery, he’s enjoying the fact that he doesn’t have to take a pill every day – although he can’t quite bring himself to throw away the bottle of antacids that has

been living in his medicine cabinet for the past several years.

“I’ll eat something that would have triggered my heartburn before, like chili or spaghetti or a piece of pizza, and then I find myself wondering, ‘OK, when is the spike going to come?’” Drew said.“And then it just never comes.”

Drew said his advice for those living with heartburn is to not write it off as something minor. They need to get the problem taken care of: the sooner, the better.

“Before I went to the Heartburn Center, I figured I would just keep taking the pills and then I’d be good to go, but that’s not the case,” he said. “It’s a lot more severe than people realize. You need to have it checked out.”