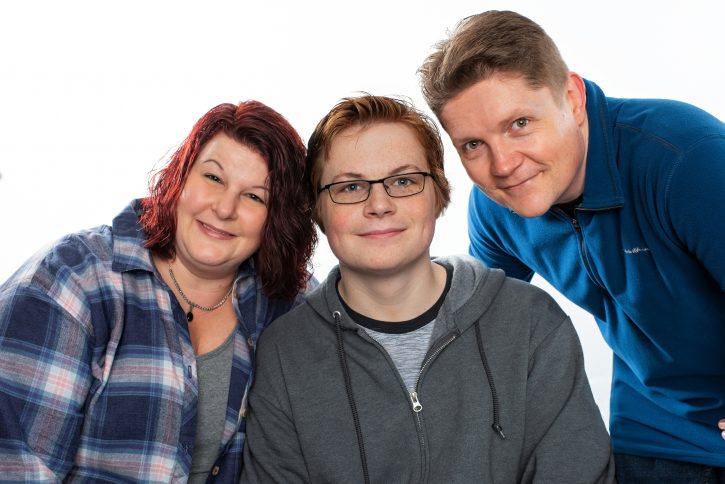 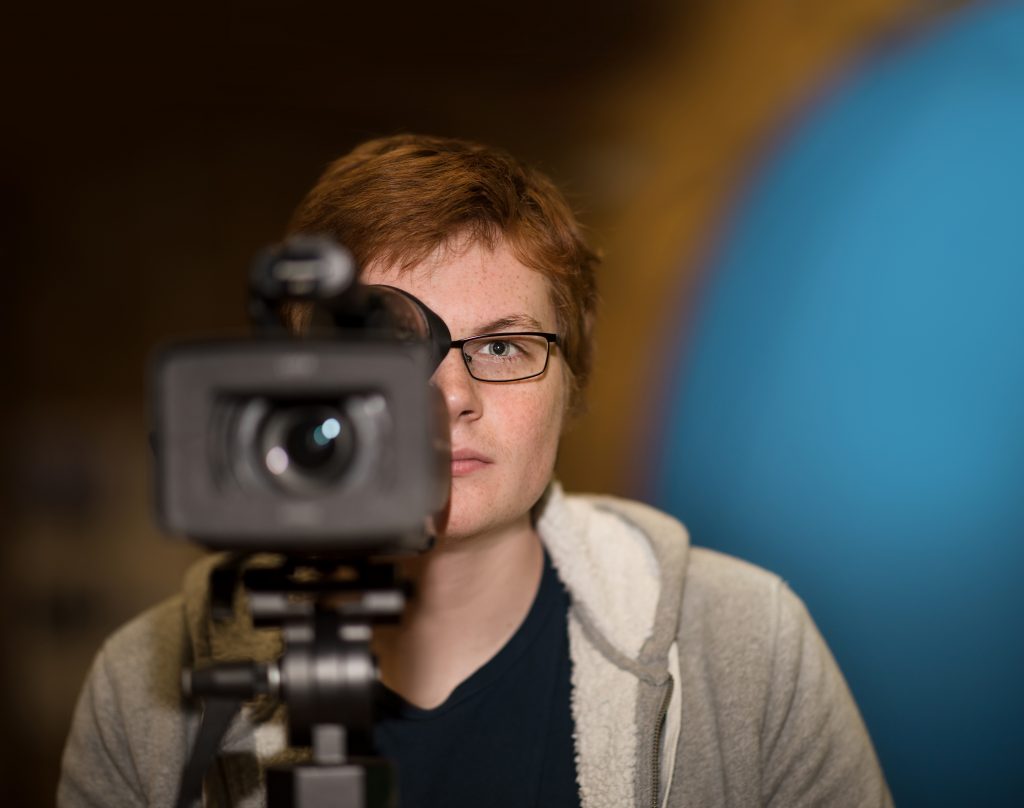 It came with no warning. One moment, Elijah Crum was relaxing at his boyfriend’s house – the next, he was doubled over with excruciating head pain.

“It was the worst pain I have ever experienced,” Elijah, 18, of Lancaster, recalls. “Everything was getting really hot and then I vomited everywhere. That’s the last thing I remember before I passed out.”

Across town, Elijah’s parents, Shannon and Nina Crum were settling down for the evening when the phone rang. It was the mother of Elijah’s boyfriend and her worried voice immediately put both Shannon and Nina on high alert.

“She asked if Elijah had ever had a seizure and she suggested we call our pediatrician,” Shannon said. “We went to go get him and when we arrived at the house, we saw the ambulance in the driveway.”

It wasn’t a seizure, but rather a stroke that had caused Elijah, an otherwise healthy high school senior who was 17 at the time, to become unresponsive on the night of Aug. 29, 2018.

A stroke occurs when an artery in the brain becomes blocked (known as an ischemic stroke) or when a blood vessel leaks or bursts (hemorrhagic stroke). Patients also may experience a transient ischemic attack, or TIA, which is a temporary disruption of blood flow to the brain. About 10-15 percent of stroke patients are adolescents, said FMC Neurologist Wayne Gordon, M.D. Common causes of a stroke in adolescents are smoking, hypertension, high cholesterol and neck trauma.

Elijah was transported to Fairfield Medical Center and stabilized before being transferred once more to Riverside Methodist Hospital. As a Primary Stroke Center through the American Heart Association, Fairfield Medical Center has a dedicated, stroke-focused program where patients like Elijah can be diagnosed and medically stabilized before they are transferred to another facility.

Nina said the speed at which FMC stabilized her son and prepared him for transport to Riverside was impressive.

“When we arrived at FMC’s Emergency Department, there was no time wasted,” Nina said. “Every minute counted and the care he received was exceptional.”

At Riverside, Elijah’s doctors performed numerous tests and procedures, including placing two drains in his skull to relieve the pressure. For several days, Elijah wavered in and out of consciousness.

“I woke up to everyone in the room,” Elijah said. “My memories were all mixed up. I remembered the day it happened perfectly fine, but I don’t remember anything after that.”

For three weeks, Elijah did inpatient rehabilitation at Riverside before it was determined that he could begin outpatient therapy. Based upon the great care he received in FMC’s Emergency Department on the night of the stroke, Elijah and his family opted to return to FMC for speech, occupational and physical therapy.

“He made good progress with improvements in strength and coordination, as well as memory,” Christina said.

“I saw him for reading comprehension and he flew through every goal we set,” Courtney said. “It’s always inspiring to see a patient who is working at home and really making that effort. Therapy is a two-way street and I love working with patients like him because it affirms I’m in the right profession.”

Elijah and his parents said they were just as impressed with their therapy team as the team was with Elijah.

“Therapy was great; the physical therapists helped me get my strength back and helped me with confidence,” Elijah said. “Speech was my favorite; I felt like what I was doing was really helping me. It was very beneficial in preparing me to go back to school.”

Elijah said he gives therapy a lot of credit for keeping his hopes up during a difficult time in his life. For several months, he was unable to drive, work or go to school, where he enjoys writing and taking vocational classes in video production at Lancaster High School’s Stanbery Campus. The support of his parents also had a positive impact on his recovery.

“Elijah had a wonderful support system backing him this whole time,” Courtney said. “It was apparent that he and his parents were committed to his health.”

In October, Elijah returned to school and in November, he completed his therapy. While doctors were unable to identify a cause of the stroke, Elijah will continue to have follow-up tests. He also has implemented a vigilant self-care routine that includes monitoring his blood pressure and heart rate twice a day.

“The type of stroke he had, you don’t find a cause or a reason,” Nina said. “We’ve been told that it’s incredibly rare that it could happen again.”

Elijah said the experience hasn’t shaken or discouraged him and he remains focused on the future.

“It happened and what I’m going to do now is just move forward,” he said. “What I would tell others who have been through this experience is that you are not alone. There are plenty of people going through different struggles in their life. Regardless of what you are experiencing, you can make it.”