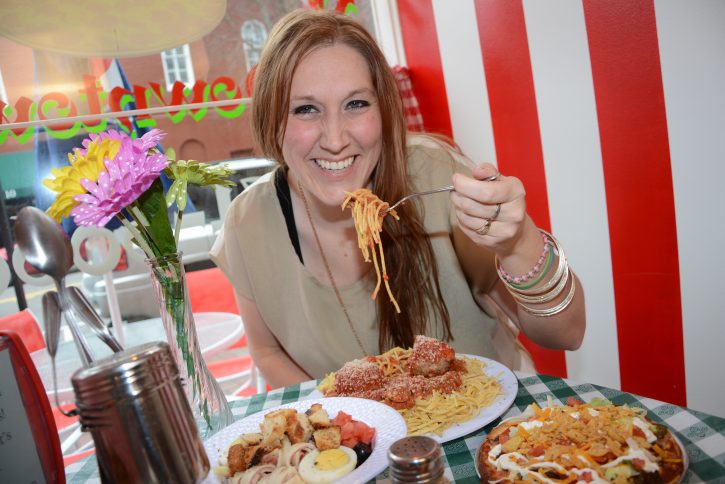 Priscilla Fitzsimmons remembers when a typical day included popping Tums® antacids every half hour and trying to find food that wouldn’t aggravate her heartburn. She frequently steered clear of her biggest triggers – milk, oranges and spaghetti sauce – and would sometimes skip lunch altogether.

“There were days when I would actually not eat because it just made the heartburn worse,” the 34-year-old Thurston resident recalled.

“I can eat what I want and I’m now able to get the nutrients in my diet I was missing out on before,” she said.

The surgery that changed Priscilla’s life is called the Nissen fundoplication – one of two surgical options at FMC for patients with chronic acid reflux and heartburn. The Nissen involves wrapping the upper part of the stomach around the lower end of the esophagus and stitching it into place.

Priscilla’s surgeon, Timothy Custer, M.D., is one of nine physicians with the Fairfield Medical Heartburn Center. He said 95 percent of patients who undergo surgical therapy for reflux experience excellent long-term control of their symptoms. “Critical to this success is the ability to obtain a precise diagnosis and pursue standardized treatment,” he said. “The Heartburn Center is able to provide consistent, state-of-the-art management for those with diseases of the esophagus and has cared for more than 1,500 people since it opened in 2012.”

Priscilla said her heartburn began when she was a teenager and got progressively worse during her twenties. For the past several years, she had been taking medication daily, but getting little relief.

Prior to surgery, she underwent several tests to determine the severity of her reflux. “All of the people I worked with at the Heartburn Center were great,” Priscilla said. “I was a bit anxious about the tests I had to take, but nurse coordinator Tina Cass put me at ease.”

Priscilla said she was not nervous about having surgery because she was so eager to start feeling better again. She didn’t have to wait long to see positive results – within one week of surgery, she was back to work and no longer experiencing issues with eating and sleeping.

“I used to wake up in the mornings and dread how I would feel,” she said. “Now I wake up feeling awesome.”

To learn more about the Heartburn Center or to schedule a free nurse consultation, call 740-689-6486.