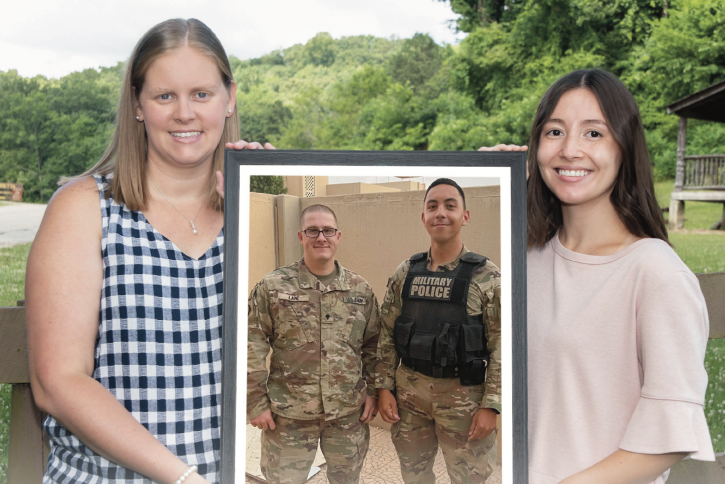 Meagan Lane will be the first to tell you that it’s hard to understand what it is like to be a military spouse unless you are one. It’s a role that fills her with a lot of pride, but also requires a great deal of sacrifice and patience. Never has Meagan understood that more than during this past year when the COVID-19 pandemic prevented her husband, Jeremy Lane, from coming home on leave in May to meet their newborn daughter, Sydney. Jeremy is serving a 13-month deployment overseas that will end in January 2022.

“Typically they get a two-week leave when a child is born, but with COVID going on, there was not enough time for him to quarantine, and then go back and re-quarantine,” Meagan explained.

The news was a disappointment for the Lanes, but they tried to not let it overshadow the excitement of their daughter’s arrival. The date of May 11 was selected for Meagan’s Cesarean section, and her obstetrician Suzanne Barnhart, MD, of OB-GYN Associates of Lancaster, assured Meagan that she and the Maternity Team at Fairfield Medical Center would make whatever accommodations necessary to include Jeremy in the birth experience via video chat. So, when Meagan learned during a routine check-up on May 6 that she was progressing ahead of schedule and was ready to deliver, she alerted Jeremy of the change in plans and prayed he would be able to get on the video chat in time.

“It’s always a concern that he might not make it on because the internet there is kind of in and out,” Meagan said. “My mom was my support person, and she had two phones with her in case one quit working.”

As Meagan anxiously waited to be taken back to the operating room, nurse Haley Moku, RN, entered the room to begin the admission process. As the two women chatted, the conversation eventually turned to Jeremy and his military service. When Meagan told Haley where Jeremy was stationed, Haley looked up from her computer in surprise.

“Haley told me her husband was also in the Army and was stationed in that same country,” Meagan said. “She couldn’t remember the exact name of his unit, but she said her husband was military police, and I said so was mine.”

The coincidences didn’t end there. Meagan texted the name of Haley’s husband – Kawailani Moku – to Jeremy to see if it sounded familiar. Not only did Jeremy know who Kawailani was, but the two men were in the same unit and scheduled to work together the following day.

“He was confused because I’d never asked about Kawailani before, so I explained that his wife was my nurse. I told him, ‘I’m in the room with her right now,’” Meagan said.

serving with her husband – put Meagan at ease. For Haley, the chance to support Meagan during one of the most important days of her life was a rewarding experience.

“I can’t imagine what it would be like to have a big life event and not have your husband there,” Haley said. “It was definitely an emotional labor to be a part of. Moments like that make me feel like, yes, this is what I should be doing, this is where I’m supposed to be.”

Meagan agreed. “She understood how it felt to be having a baby when your husband can’t be there, and how it feels to have this long wait before he can come back. She understands what it’s like to only have FaceTime, or only be able to text every couple of days because of the time difference. I just can’t describe how nice it was to have someone who understood.”

In addition to having Haley nearby, Meagan said Dr. Barnhart and FMC’s Maternity Team went above and beyond to ensure that Jeremy was as much a part of Sydney’s birth as everyone else in the room.

“It was fun to see his reaction. When they took her away to clean her up, my mom followed them with the phone, so he actually got to see more of her than I did at first,” Meagan said with a laugh.

Meagan opted for a gentle Cesarean, which allows the mother to see their child being born through a clear drape that separates her from the sterile surgical field.

“My last Cesarean, when I had my older daughter, there were complications and I had to have general anesthesia, so I missed the whole thing,” Meagan said. “So I was very excited to actually see Sydney when she came out.” 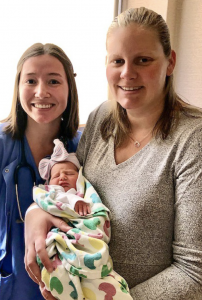 Haley remained close to Meagan for the duration of her stay, caring for both her and Sydney. The two women took a photo together to send to their husbands and were touched when Jeremy and Kawailani decided to do the same.

In July, Meagan and Haley met up at a local park to reconnect, and they look forward to seeing each other again when their husbands return home from their deployment in January.

“We will most likely have a welcome home party when Jeremy gets back, and Haley and Kawailani will definitely be on the invite list,” Meagan said.

To learn more about the FMC Maternity Unit and the care you’ll receive, call 740-687-8290 or click here for more information. 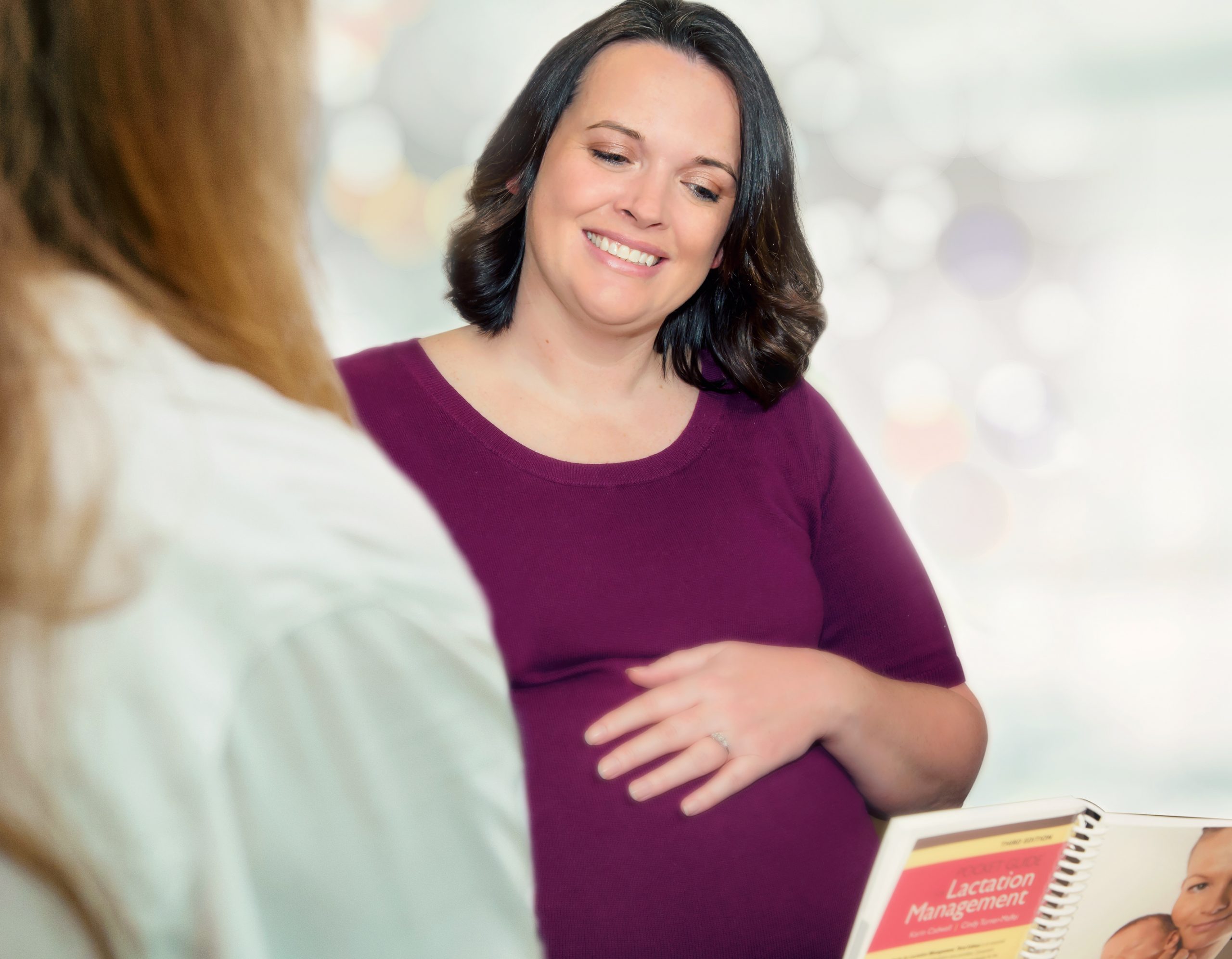 Expecting soon? Take a tour of our maternity unit.

Take a virtual tour of our maternity unit and learn about what to expect during your childbirth experience at Fairfield Medical Center.