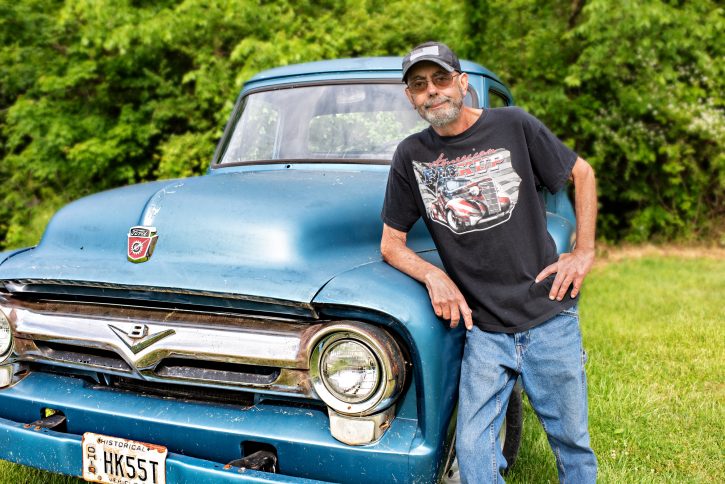 Tim Graham, 61, will be the first to tell you that he’s no stranger to miracles. He is a cancer survivor and, in November 2018, he became the proud and humbled recipient of the ultimate gift: a new heart.

Months later, he received another life-changing gift – the opportunity to participate in 12 weeks of cardiac rehabilitation, with minimal expense, through the Heart & Lung Fund at Fairfield Medical Center.

The Heart & Lung Fund, an assistance program through the FMC Foundation, was created to eliminate the financial hurdle that may keep some patients from participating in rehabilitation. Cardiac rehab is a supervised exercise program designed specifically for patients with heart-related conditions who need help regaining their strength and endurance.

“We never want patients to have to make a choice between their health and their finances,” said Stephanie Young, cardio fitness team lead. “Their job is to concentrate on getting healthy, not to worry about whether or not they can afford to get healthy.”

Annually, the Heart & Lung Fund helps nearly 50 individuals receive the care they need in order to return to an active lifestyle – an impressive number that FMC has every intention of increasing.

Tim began his cardiac rehab sessions at FMC before his heart transplant in October 2018. At the time, he had been working closely with his physicians at The Ohio State University Wexner Medical Center for nearly a decade to treat and manage his progressive heart disease. But when his health began to decline dramatically, Tim’s cardiac rehabilitation was put on hold.

“I knew something was really wrong,” Tim said. “I could still walk and talk, but I didn’t look real good.”

In the following weeks, Tim met with his physicians at Ohio State Wexner Medical Center and, shortly after, he was placed at the top of the organ transplant list. Within a matter of days, on Thanksgiving weekend, they found the perfect match: at 11:59 p.m. on Nov. 26, Tim had a new heart beating in his chest.

“I honestly never thought I’d get a heart – I always thought there was someone out there needing it worse than I did,” Tim recalled.

As Tim’s initial stretch of recovery came to a close, his next step of recovery was set to begin – again. Two months after his incredible procedure, Tim resumed his 12-week, 36-session rehab program, which includes in-depth education classes in addition to medically monitored exercise.

“Since his heart transplant, I can see how much better he feels,” reported FMC exercise physiologist Karmen Armstrong-Bolton. “Tim is dedicated to working hard and getting stronger; it’s been a pleasure working with him.”

Tim, who’s looking forward to reclaiming his active lifestyle, agreed that he feels much better since he resumed his cardiac rehabilitation. “I just can’t thank those ladies enough,” Tim said of the cardiac rehab staff.

“I’m really looking forward to getting back on the golf course,” Tim smiled. “And I’m a car guy; I have some cars to restore that I never thought I’d get the chance to. I feel fortunate – I really am a new man.”