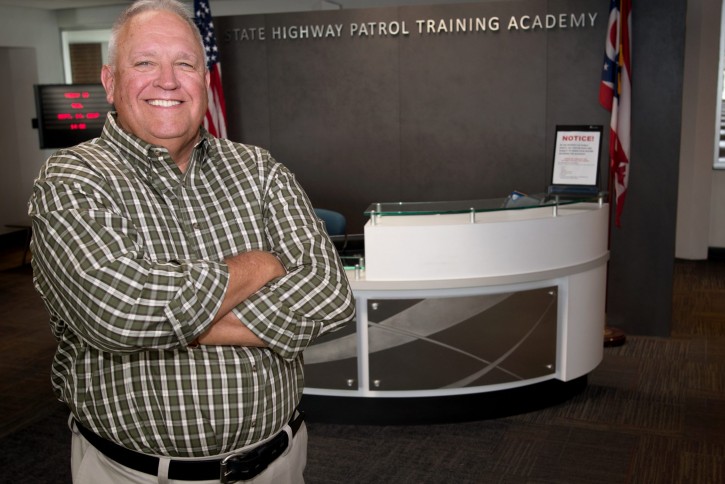 For years, Larry Jackson lived with cataracts that, for the most part, didn’t trouble him much in his day-to-day life.

It wasn’t until after he underwent cataract surgery in January that Larry’s eyes were literally opened to a whole new world.

It’s a common realization for patients who undergo cataract surgery, said Marilyn Kosier, M.D., an ophthalmologist with Kosier Eye in Lancaster. A cataract is a clouding of the eye lens that makes it hard for a person to see. One in six adults over the age of 40 has a cataract, but it can take years for the cataract to noticeably affect vision.

“With cataracts, colors fade and you begin to lose detail,” Dr. Kosier explained. “But the longer one waits to do something about them, the higher the chance of complications.”

When the topic of cataract surgery first came up with Dr. Kosier, Larry was interested to learn that Kosier Eye offered a new type of cataract surgery – the Tecnis Symfony® lens implant – that could restore his vision to the point where he would no longer need glasses.

“I knew I didn’t want glasses anymore – I’ve spent a lot of money on glasses over the years and I didn’t want the continued expense,” Larry said.

The Symfony lens is a multi-focal lens that allows patients to see objects both near and far. This outpatient procedure is performed at FMC and involves a small, 3mm incision in each eye to place the lens. Most patients experience minimal to no discomfort afterwards.

“I see better now than I did before bifocals, and I don’t have to work as hard to read,” Larry said.

Larry, a former state highway patrol trooper and sharp shooter, also enjoys the fact that he no longer has to wear glasses underneath his protective eyewear when he visits the shooting range.

“There are a lot of choices when it comes to cataract surgery; some people actually like to wear glasses, while others don’t,” Dr. Kosier said. “You have to talk to patients about what type of vision they want because everyone has different needs. Larry chose a lens that gives him that natural vision because that was what worked best for his lifestyle.”

Larry said he encourages people who are living with cataracts to not be afraid of the option of surgery. “I don’t think people should be apprehensive about it,” he said. “It’s the fear of the unknown that scares people, but I’m glad I made the decision I did.”