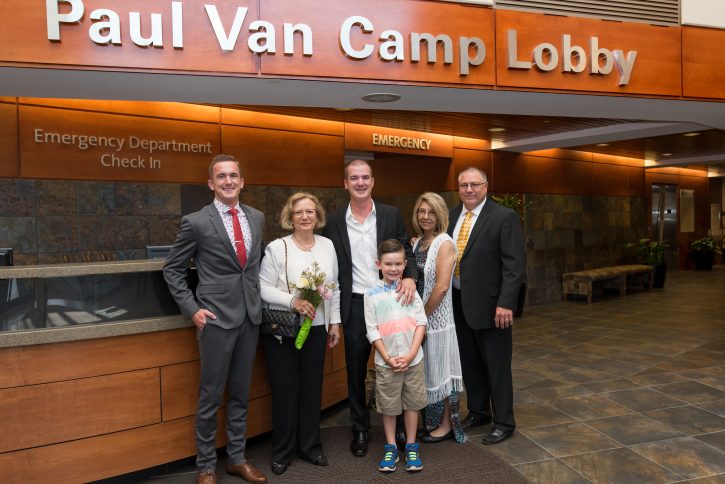 When it comes to the city of Lancaster, there was little in the community that Paul Van Camp’s philanthropic spirit didn’t touch during his lifetime.

From local businesses to community organizations to healthcare, Van Camp was determined to do what he could to make his community a better place. It’s a legacy that his family and friends want to continue to carry on for many years to come.

On June 14, Fairfield Medical Center renamed its Emergency Department Lobby the Paul Van Camp Lobby in honor of the late business leader and philanthropist, who passed away in 2015.

The commemoration included Van Camp’s family, who have made a transformative gift to support the patient-focused mission of Fairfield Medical Center.

“Paul Van Camp changed the fabric of our community and his legacy of compassion impacted countless lives,” said Tracy Kelly, Executive Director of the Fairfield Medical Center Foundation. “Community members from all walks of life are touched by the healing hands of FMC’s clinical staff, and Mr. Van Camp’s legacy will live on in the hearts of those patients and families who are impacted by this heartfelt act of generosity.” 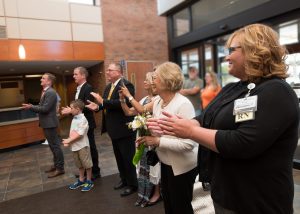 Throughout his life, Van Camp was devoted to numerous community institutions, including serving as a board member of Fairfield National Bank and Lancaster Bingo Company, and as a past

board member, treasurer and president of the Lancaster Festival.

“Paul was kind, straightforward in his thoughts, and really cared about the community he lived in,” said Tina Anderson, Manager of First Medical Urgent Care. “Paul did things he thought were right for the community because he cared about it.”If you are interested in learning more about philanthropic support for Fairfield Medical Center, please contact the FMC Foundation at 740-687-8107.