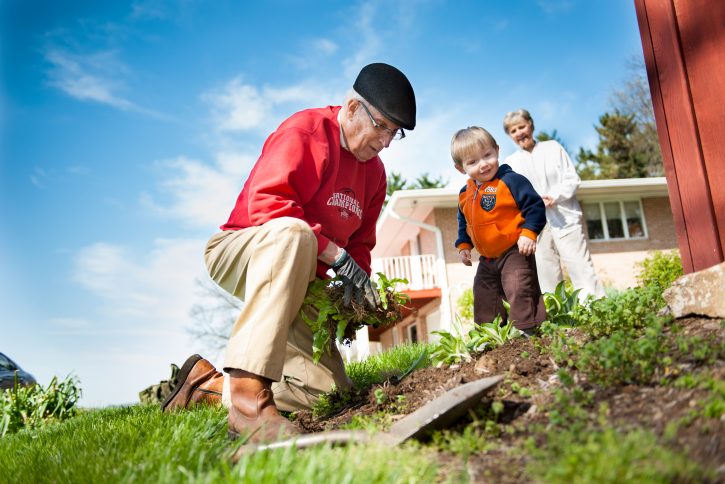 Ron Ramey is not the type of person one would expect to narrowly avoid having a heart attack. At 82-years-old, the Lancaster resident doesn’t smoke, eats healthy and remains active through yoga, water aerobics and gardening.

So when he started experiencing an on-and-off burning in his chest, he brushed it off, assuming it was just acid reflux.

“I would have periodic bouts of heartburn and take Tums to relieve it,” Ron said. “But this time when it happened, the medicine didn’t touch it.”

The other symptom he said he missed was feeling tired and weak after spending just a few hours doing the yardwork he loves. When the on-and-off bouts of chest pain continued, Ron decided he couldn’t ignore it any longer and went to get checked out at Fairfield Medical Center’s Emergency Department.

“I fortunately got to the hospital before I had a heart attack,” Ron said. “They found that my artery was completely blocked, so I had a heart cath. They didn’t think stents would be successful, which meant I would need bypass surgery.”

When Ron learned that he needed heart surgery, he asked a former physician and friend whether he should go to Fairfield Medical Center or have the procedure done in Columbus.

“I asked him, ‘what can they do for me in Columbus that FMC can’t do here?’ and he said ‘nothing’.” Ron said.
Ron said his experience undergoing heart surgery at FMC was a very positive one, considering the circumstances. He particularly notes the remarkable care he received from his cardiologist, Jonathan Forquer, D.O., of Fairfield Healthcare Professionals Cardiology, and his cardiothoracic surgeon, P. Aryeh Cohen, M.D., director of Cardiothoracic Surgery at FMC.

“I had a good dialogue with Dr. Cohen; he allowed me to ask all kinds of questions and was patient with me,” Ron said. “Between my cardiologist and my heart surgeon, the collaboration that went on was outstanding. I don’t think any human being could have asked for more than what I got.”

Ron said he also was impressed with the nursing staff that cared for him during his hospital stay.

“The nurses were wonderful,” he said. “You could tell they had read about me beforehand, and they were very competent and caring.”

Ron recently completed his cardiac rehab at FMC. He is determined to get back to the healthy lifestyle he had before his surgery, and is thankful to FMC for the care they provided during a difficult time in his life.

“When I look back on my past experiences and this facility, it has made me realize how lucky we are to have Fairfield Medical Center here in our community,” Ron said.