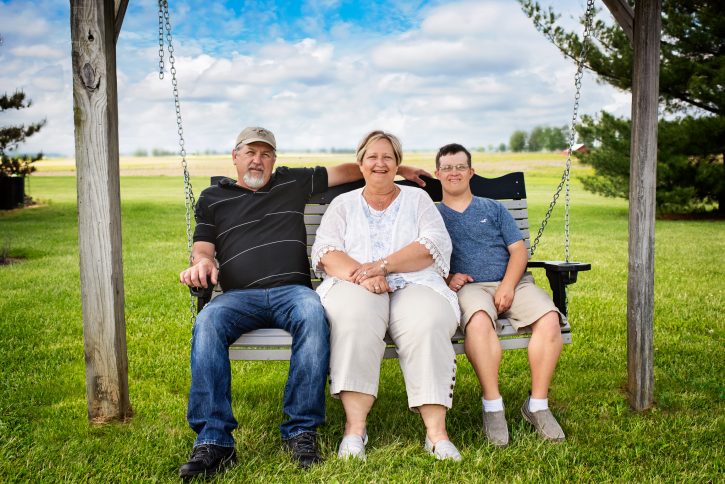 The day started much like any other Tuesday – Jackie and her son, Chase, ran some errands, dropped their dog off at the groomer and grabbed a bite of lunch – but as they headed for home, Chase made a quick observation that may have saved his mother’s life.

“He looked at me and said, ‘Mom, there’s something wrong with your face,’ ” Jackie recalled. “And he was right, half of my face was drooping and frozen.”

Thinking the discovery strange, but feeling fine otherwise, Jackie – a patient of the Fairfield Healthcare Professionals Family Medicine of Amanda office – calmly got a hold of her primary care provider. Full of concern, the staff instructed her to call 9-1-1 immediately, making her promise she would get to the emergency room. Jackie agreed; she would go to the hospital, but not before going home to call her husband first.

“I’ve always been healthy, and I’ve been eating better and exercising more over the past year – I’ve lost 60-pounds,” Jackie said. “It never even entered my mind that I might be having a stroke.”

Composed and level-headed, Jackie was confident there must be another explanation for her symptoms. Nevertheless, her husband, Gene, rushed her to Fairfield Medical Center.

As Jackie checked in at the front desk, a nearby Emergency Department nurse overheard her concerns. Without hesitation, the nurse asked Jackie to do two very simple things: smile and raise her arms above her head.

“The next thing I knew, I was in a wheelchair, and my husband was running to keep up with us,” Jackie recalled. “It was like I was the only patient in the hospital.” Time is a critical factor in stroke treatment. TPA, also known as the clot-busting drug, must be given within 4.5-hours of the onset of symptoms: a looming deadline of which Fairfield Medical Center’s staff was all too aware. With the vital help of The Ohio State University Wexner Medical Center’s Telestroke program, Jackie’s care team at FMC managed to complete diagnostics, confirm that she had suffered a stroke and administer TPA within an hour of her arrival.

“The doctor [Zebula Reed, M.D.] was sitting next to me with the medicine in his hand, waiting to administer it as soon as my lab work confirmed it was safe,” Jackie said. “My story is such a success because I walked into Fairfield Medical Center, and they knew exactly what to do.”

With her treatment plan underway, the team then worked to coordinate the transfer of Jackie’s care to Ohio State Wexner Medical Center’s Comprehensive Stroke Center, FMC’s partner in stroke excellence. Travel, however, proved difficult; with helicopter flight deemed unsafe due to the bitter and gusting January winds, they would have to travel by ambulance.

“I was already well into the second hour,” Jackie recalled. “If FMC hadn’t been able to give me that medicine, it may have been too late by the time I got to Columbus.”

As Jackie arrived at Ohio State Wexner Medical Center, a familiar scene awaited her: an expert team was on-hand and prepared to provide her with outstanding care.

“It was like something out of a TV show,” Jackie smiled. “My husband described it as a well-oiled machine – and he’s a mechanic!”

Jackie spent her time at Ohio State under the care of Neurologist Deepak Gulati, M.D.

“Time is brain,” Dr. Gulati explained. “Every 30-minute delay in breaking up a blood clot from a stroke is associated with a 10 percent decrease in the likelihood of a good outcome.” In Jackie’s case, the coordination of care between organizations played a crucial role in her return to health. “I believe in my heart that my recovery was possible because of Fairfield Medical Center’s ability to communicate with the physicians at OSU and administer treatment in Lancaster,” Jackie shared. “Because of their teamwork, I’m living a success story.”

After Jackie returned home, she had difficultly coming to terms with her diagnosis. “It was unreal – it’s still unreal,” Jackie said. “But I knew how important speech, language and physical therapy was, so I decided to start right away.”

It wasn’t until she began outpatient therapy at FMC with speech therapist Courtney Howard, M.A. CCC-SLP, that she fully recognized the lingering effects of her medical emergency.

“During the assessment process, it’s not uncommon for us to identify deficits that patients didn’t know they had,” Courtney explained, a sentiment that Jackie can attest to.

“Things that should have been easy for me were difficult. That’s when I realized there was some damage there, when it really hit home that I had suffered a stroke,” Jackie admitted.

For example, Jackie, an avid reader, was shocked to find how significantly the stroke had impacted her memory. “They told me a short story and asked me to repeat it back,” Jackie explained. “I couldn’t tell them a single sentence.”

Jackie’s vocal ability had been affected as well. When Courtney asked her to mimic a series of sounds, Jackie was stunned to find that it was a challenge.

“It sounded like I had a mouthful of marbles,” she recalled. “I looked at Courtney and said, ‘Oh my gosh, I can’t do that’.” Full of confidence, Jackie’s team reassured her that she would soon see an improvement.

“Each person’s plan of care meets their individual needs,” Courtney said. “And Jackie was committed to her recovery. She diligently completed exercises at home – that’s crucial to a successful outcome.” The hard work paid off: after six weeks of dedication, Jackie has made a remarkable recovery. “Therapy was hard,” Jackie shared, “but I’m so glad I did it.”

Now, she has set her sights on helping others – even if it means using herself as an example.

“I believe everything happens for a reason. I made some mistakes, like waiting to get to the hospital, but I learned from those; I hope others can learn from my mistakes, too,” said Jackie, who is passionate about increasing stroke awareness.

“A stroke can happen to anyone and they don’t all look the same, they’re not all massive,” she explained. “Know the symptoms and, even if you think you’re okay, it’s better to be safe than sorry: call 9-1-1.” 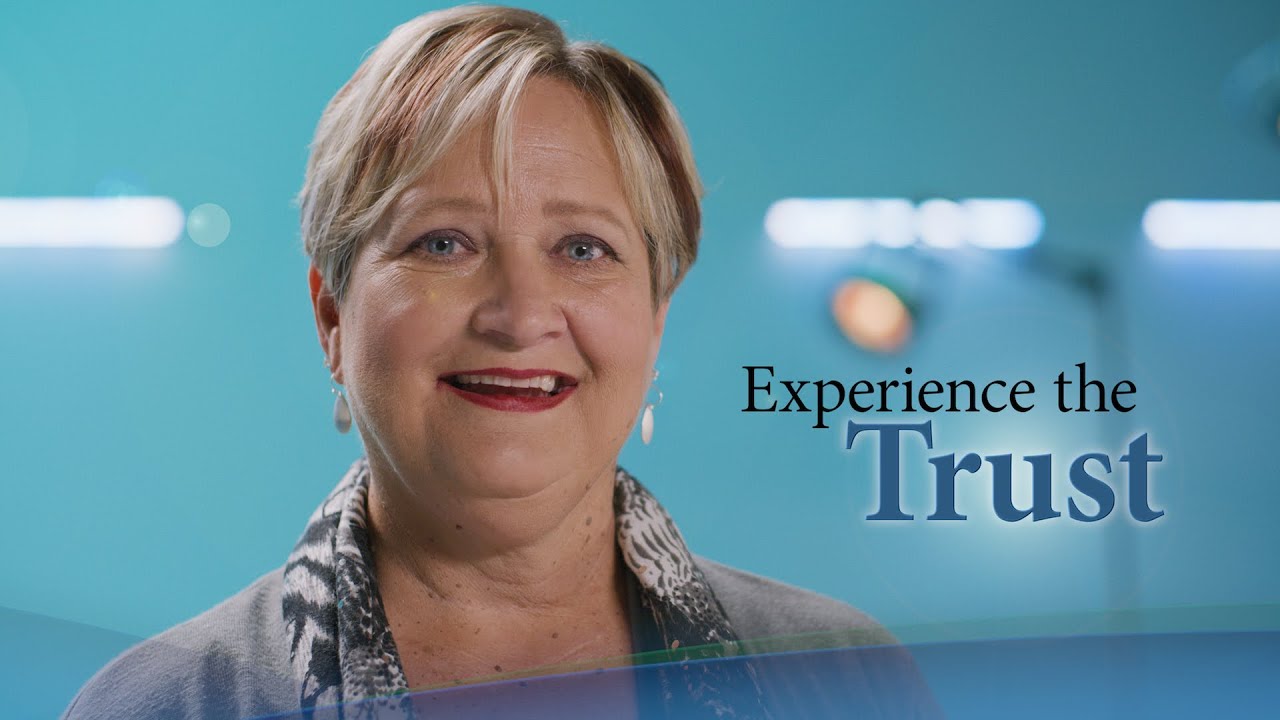 “They put me in a wheelchair and they ran.”