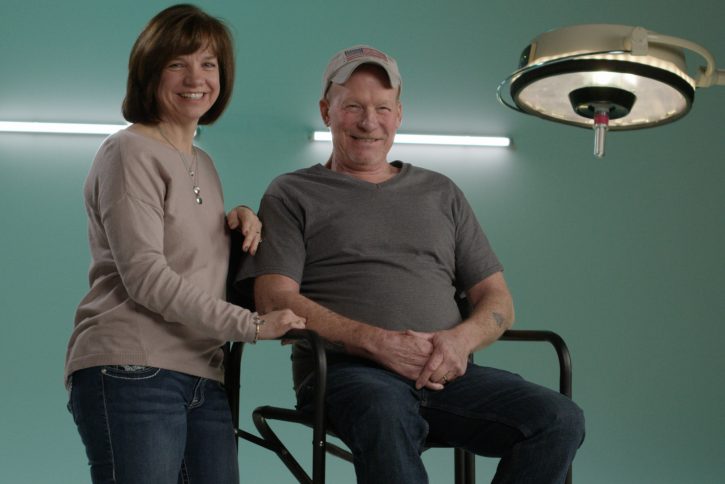 This story originally appear in the Summer 2017 issue of The Monitor.

When stroke patient Mike Landfried first met with his therapists at Fairfield Medical Center’s Outpatient Therapy Services, he had a list of personal goals he wanted to achieve: he wanted to speak full sentences and improve his memory; he wanted to drive; he wanted, above all else, to be able to walk again.

“After my stroke, I heard more than once that I was never going to be able to walk again, but I was determined to not let that be the case,” said Mike, 58, of Rockbridge.

Two years later, Mike has not only achieved all of those initial goals, but he’s setting new ones thanks to sheer determination and a dedicated team of speech, occupational and physical therapists at FMC’s Outpatient Therapy Services.

“They wanted me to do good, and they did good by me, too,” Mike said of his FMC therapy team. “We worked as hard as we could and never looked back.”

Despite his memory issues, Mike can recount in detail what happened the day he experienced the stroke that would temporarily rob him of his ability to walk and talk. He recalls getting up early for work, saying goodbye to his wife, Julie, and then sitting in the living room until it was time to leave.

That’s when everything went black.

“I woke up two hours later on the floor and I couldn’t talk or move,” Mike said. “I could hear the phone ringing and my dog was licking my face. I noticed that she would look at the phone and then look back at me.”

Mike knew that his survival greatly depended on him getting to the phone before it stopped ringing. He tried to crawl, but when that didn’t work, he rolled from his back onto his stomach and dragged himself across the room.

“I could hear the voice of my boss on the other end,” said Mike, a former crane operator for Ironfab in Columbus. “I couldn’t talk to him, but I could hear his voice. He said, ‘I don’t know what’s wrong with you, but I’m calling for help.’ I had never been late for work a day in my life, so when I hadn’t shown up that morning, he knew something was wrong.”

Mike’s boss alerted 9-1-1 and then Mike’s family, who rushed over to stay with him until help arrived. Mike was transported by helicopter to Riverside Methodist Hospital and then to The Ohio State University Wexner Medical Center, where he remained for the first part of his recovery. 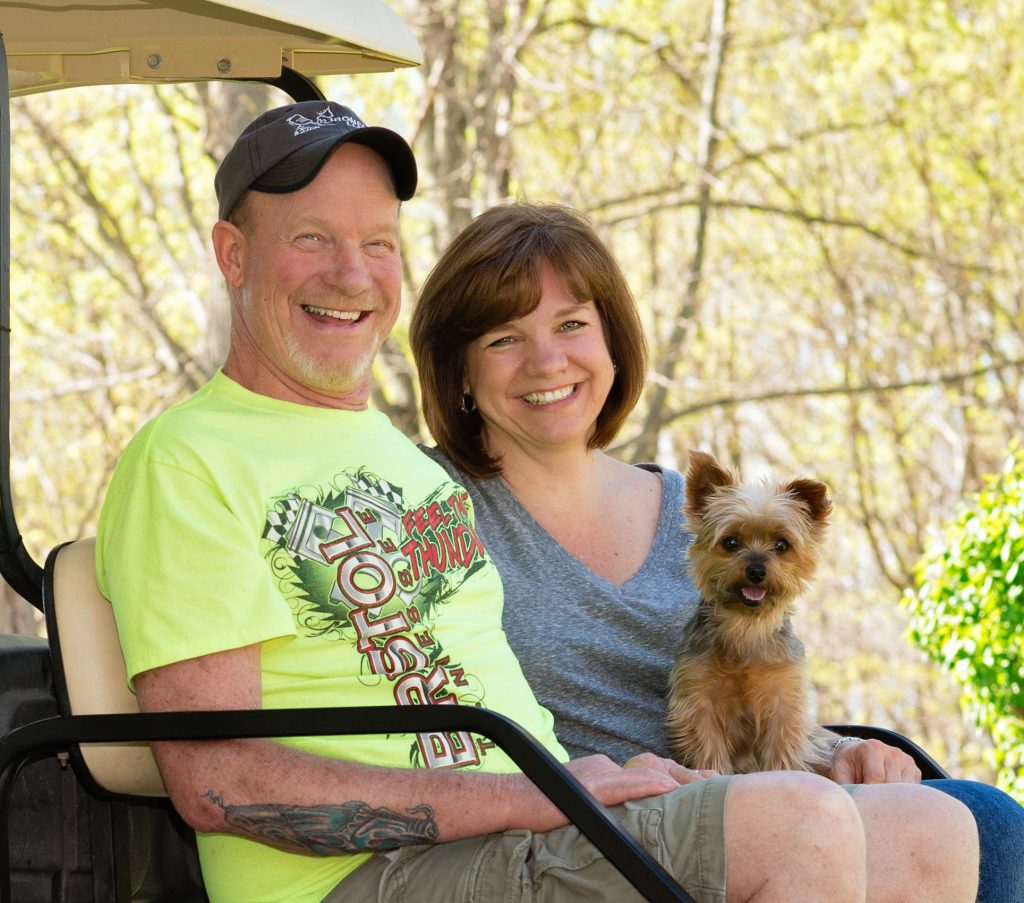 The months that followed were challenging for Mike. His language was altered to the point where he initially could only speak curse words. He couldn’t walk or raise his arms. His chest hurt constantly. During his time at Ohio State, he had a stent procedure. When doctors discovered a separate issue with his heart, they put in a pacemaker and defibrillator.

“One day, I overheard one of the doctors say, ‘his arm and his leg aren’t good, he probably won’t walk again or be able to raise his arm’,” Mike recalls.

Those words were all it took to light a fire inside of Mike. When he started his therapy, first at Ohio State and then at FMC’s Outpatient Therapy Services, he decided he was going to do whatever it took to recover from his stroke.

“We kept finding new ways to challenge him to help him achieve his goals and he never backed down from that challenge“ Joel said.

“The work he has put into therapy has helped him tremendously,” Denise said. “If we told him to do stuff at home, he would do it, and then do it again.”

Following the completion of Mike’s therapy, the staff invited him to take part in their Independent Exercise program, which allows motivated patients to continue to use the equipment whenever they want for an extended period of time.

“The staff has been tremendous; the entire time, they continued to encourage both him and me,” Julie said. “They are an awesome group of people, and like family to us.”

Mike said being able to participate in the Independent Exercise program following the completion of his therapy has been truly instrumental in his recovery process. Today, he’s walking without a cane and is more flexible than he was before the stroke.

“I can’t do some of the things I did before, but I can do other things I never thought were possible,” Mike said. “Every day when I go to Outpatient Therapy Services, they ask me how I’m doing and what I’m going to do today. They do it because they care and for that, I’m grateful.”

Megan Fowler, Mike’s speech therapist at FMC, said Mike has since become an advocate for others in stroke recovery.

“I have passed by him time and time again in our gym while he is listening to and encouraging another patient in their recovery,” Megan said. “He understands the importance of the rehabilitation process and is quite convincing to others who may have their doubts. Mike’s motivation to improve his own communication skills and share his experience in an effort to help others is optimism at its finest.”

Stroke is a disease that affects the arteries leading to and within the brain. It is the No. 5 cause of death and a leading cause of disability in the United States.

A stroke occurs when a blood vessel that carries oxygen and nutrients to the brain is either blocked by a clot or bursts (or ruptures). When that happens, part of the brain cannot get the blood (and oxygen) it needs, so it and brain cells die.

Use the letters in “FAST” to spot stroke signs and know when to call 9-1-1.

F– Face. Does one side of the face droop or is it numb? Ask the person to smile. Is the smile uneven or lopsided?

A– Arm weakness. Is one arm weak or numb? Ask the person to raise both arms. Does one arm drift downward?

S– Speech difficulty. Is speech slurred? Is the person unable to speak or hard to understand? Ask the person to repeat a simple sentence – can they correctly repeat the words?

T– Time to call 9-1-1. If someone shows any of these symptoms, even if the symptoms go away, call 9-1-1 and let the operator know that you think the person is having a stroke. Time is important! Don’t delay, and also note the time when the first symptoms appeared. Emergency responders will want to know.