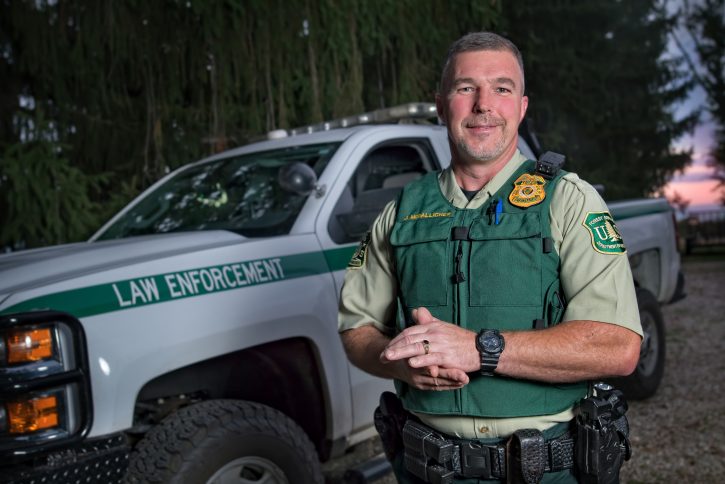 The Nature of Teamwork.

When Tony McGallicher underwent shoulder surgery in 2016, he did a lot of research when it came time to select a place to receive his rehabilitation therapy. As a Supervisory Federal Law Enforcement Officer, a job that can be physically demanding, Tony knew it would take a group of specialized therapists to get him to a place where he could effectively return to his job duties.

His search led him to Fairfield Medical Center’s Outpatient Therapy Services which, in addition to being just a short drive from his home, offered a therapy plan designed to meet his individual needs.

“The program fit my job duties because the therapist listened to my unique physical job needs, such as the need for self-defense techniques, strong upper body strength and firearms handling, then came up with a plan meant to allow me to get back to work by strengthening the muscle groups needed to allow for freedom of movement and appropriate strength,” Tony said. “In addition, the therapist demonstrated exercises for me to improve flexibility and strength while at home.”

Therapist Juan Anda was one of four who worked with Tony when the Lancaster resident went through FMC’s Outpatient Therapy Services program, first in 2016 and again in 2017 when he injured his neck after falling off a ladder.

“I was asked to work with Tony because I have a background in martial arts and he wanted to work on simulating real-life scenarios, which can include firearms handling along with hand-to-hand combat,” Juan said.

In addition, Tony worked with physical therapists Christina Bond and Luke Smithberger and physical therapist assistant Greta Campbell. Together, the team went above and beyond to ensure that Tony was physically ready to return to the job he loved.

“My experience at Fairfield Medical Center was great,” Tony said. “I came away with a profound respect for those who work so hard to improve the quality of life of patients, and I made new friends.”

Tony said he began experiencing pain in his shoulder as a result of bone spurs that, over time, caused the rotator cuff tendon to fray and then tear. As a result, Tony started to lose strength and mobility in his arm. While a series of cortisone injections were effective in taking away the pain, the relief was short-term. Tony knew surgery was the only solution to repair the problem.

“It was very painful, it woke me up at night, and I had a loss of movement and strength,” Tony said. “To have full use of both arms is critical to me both personally and professionally.” 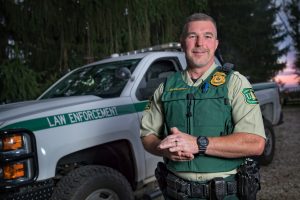 “When I initially started to work with him, his shoulder range of motion and strength was still moderately limited even with all of the hard work he and Greta had done,” Juan said. “Due to those deficiencies, he and I continued to work on general strength and flexibility but, as it improved, we introduced some basic firearms handling drills and low intensity hand-to-hand combat simulations.”

Juan said the firearm drills included drawing and aiming a mock pistol at randomly called targets, room clearing with a mock long gun in search for hidden threats, and single hand aiming using his affected limb with a mock pistol. Juan and Tony eventually progressed to combined firearms and hand-to-hand combat, with Juan posing as an assailant attempting to disarm Tony.

“Juan understood my unique needs and was interested to learn more,” Tony said. “It was obvious he knew his stuff.”

Tony returned back to work in February 2017, but less than two months later, the unthinkable happened – he fell off a ladder at his home and broke the second cervical vertebrae in his neck. Tony was airlifted to Grant Medical Center in Columbus, where he was treated and placed in a halo brace. He returned to FMC’s Outpatient Therapy Services to undergo eight therapy sessions with Greta and Luke.
“It was frustrating to suffer another injury, but you can’t give up, you just have to keep fighting,” Tony said. “Luckily, with the help of my therapists, I healed quickly.”

In July 2017, Tony returned to work again, this time for good. He said he would recommend FMC’s Outpatient Therapy Services team to anyone.

“The staff at Fairfield Medical Center were professional, they listened to my needs, tailored a specific plan to fit my unique requirements, and carried out the plan while ensuring I completed the routine within their exact parameters for form and strength,” Tony said. “I always felt that the staff cared about my well-being, and desired to see me excel in the program.”