Your Unique Heart and Our Unique Capabilities Beating in Unison 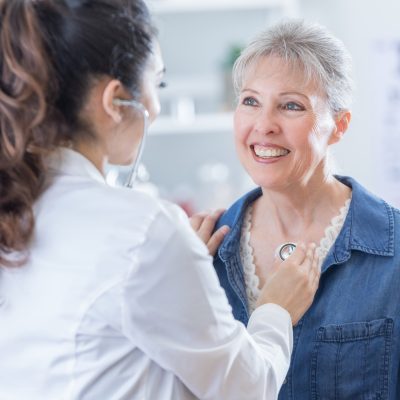 Echocardiogram (also called an Echo or a Transthoracic Echo) – determines whether there are problems with blood vessels, valves, chambers or walls of the heart. During an echo, a small device is pressed against the skin to send ultrasound beams at the heart. The sound waves bounce back and are converted into moving images on a monitor. Other types of echo procedures include:

Cardiac Computed Tomography Angiogram (also called a CTA or Cardiac CT) – creates high-resolution, three-dimensional images of the moving heart and blood vessels to determine the presence of plaque and blockages in arteries. During the procedure, the patient may be given a contrast dye through a vein for better images.

Cardiac Monitor Event Monitor (also called a Holter monitor) – measures and records the heart’s activity continuously over time (usually 24 to 48 hours) using a small battery-operated device with several electrode patches that are attached to the skin.

Heads-Up Tilt Table Test (also called Tilt Test) – determines the cause of fainting spells. Patients lie on a bed and are titled at different angles while their blood pressure, electrical impulses in the heart and oxygen levels are monitored.

Pulmonary Function Testing – a series of tests that determine how well the lungs are working to bring oxygen to the rest of the body.

Electrocardiogram (also called and EKG or ECG) records the electrical activity of the heart through electrode patches placed on the chest, arms and legs.